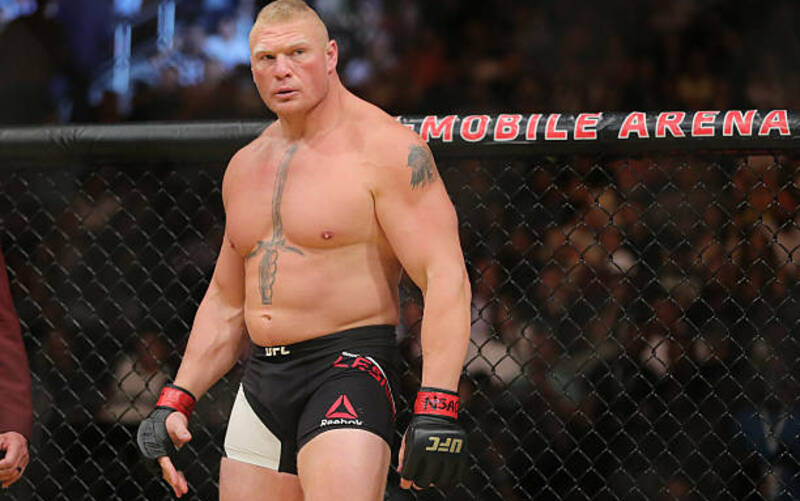 First the announcement of Lyota Machida fighting Vitor Belfort at UFC 224! Then we had Dana White teasing us with a picture with Brock Lesnar and then we had the Jon Jones hearing. Wait a second. I’m noticing a theme here. Perhaps the greatest philosophers of our time, The Diaz Brothers, were on to something when they said “Everybody’s on steroids!”

With that said, I’m trying to get the MMA fans around the world to rally with me and give us something truly special, an all dirty piss test UFC card. Pretty much the rules are simple. You piss clean, you kick rocks. We want these fighters juiced baby. We want huge muscles and small ball sacks. We want them eating gas station dick pills while they’re on the scales at the weigh-ins. When they pee into that cup, we want that son of a bitch to be so hot that it catches fire! Who’s with me?!

I am going to go ahead and put the fight card together for you. First and foremost we have an amazing announcing team of Frank Mir, Chael Sonnen, and Stephen Bonner. Pretty much every fighter in the Bellator Heavyweight Tournament could be calling this incredible three-fight card.

We’re scrapping the Machida and Belfort fight at UFC 224 and moving it to the opening fight on this card. We got one fighter (Machida) who drinks his own pee fighting another guy who has the best step-dad bod in the game (Belfort). Let’s get them on a cycle. I want my Belfort with his 12 pack abs and another cross shaved into the side of his head. I want my Machida knocking fools out like he did Rashad. None of this nice guy to all of my opponents shit like they’ve both been known to do recently. This has the potential to be an amazing scrap, one of those fights that you would give your right eye to witness, or juiced Belfort will just take anyways.

Moving right along to our co-main event, we’ve got Anderson Silva squaring off against Yoel Romero. Firstly, the trash talking leading up to this fight would be incredible. Two of the highest voices in the UFC also belong to two of the highest testosterone levels. Obviously we’re going to put Anderson in a time machine and take him back to about 10 years ago and have him square off against today’s Yoel. Could you imagine? Holy shit, this fight would turn Gay Jesus straight. This fight will for sure end with a devastating knockout, followed up with a ton of kissing (Romero vs Rockhold and Silva vs Weidman reference) – wait damn…these dudes sure do love kissing. I just imagine afterwards Yoel saying “I so sorry Anderson, I so sorry!” Win lose or draw both fighters will call out Michael Bisping.

Now, the main event. Alright, seriously Jon Jones and Brock Lesnar is going to be the comeback fight for both of them. I have a feeling they were both horrible at the “choose your own adventure” books as kids. They’ve both taken the longest and dumbest route to one of the biggest fights in UFC history. Be ready for a big press tour, be ready for heads to explode, and be ready for Brendan Schaub to take credit for this fight. “I told you guys this would happen!” Yeah, we all knew it was going to happen. So for the sake of this article we’re switching things up a little bit. We’re bringing Brock back to the UFC and we’re bringing the WWE with him. Ladies and Gentleman, a FATAL THREE-WAY MATCH! Brock Lesnar, Jon Jones, and Alistair Overeem. Hold on to your needles, this is going to be a fun one. You got Brock who has taken so many steroids that his hair cut grew muscles. You got Overeem who is still floating in the clouds from that upper cut. Lastly, you got Jon Jones who is now just dead lifting automobiles and trains.

So, there’s your fight card! Tell me…who do ya got? Post below other match ups, you’d like to see on this card.

An Army veteran/stand-up comedian/journalism student who lives in Los Angeles. I like tequila too.