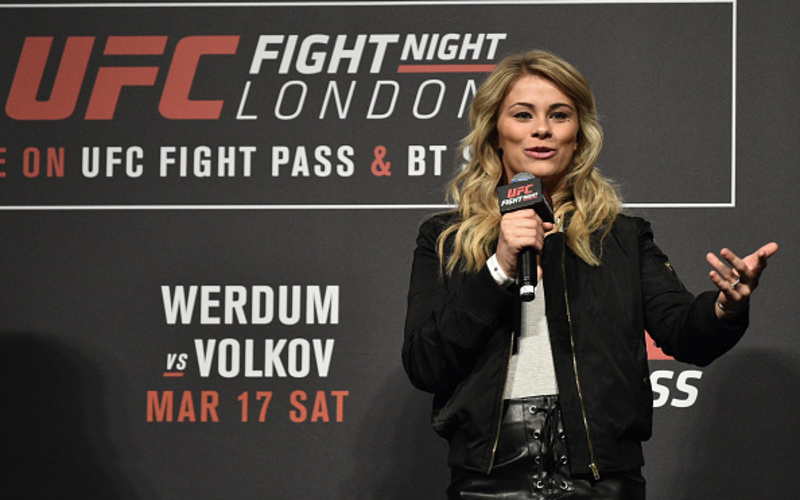 The long wait is over, Paige VanZant is promoting her memoir which is now available to the public. References to bullying in VanZant’s past were often ridiculed, but the book has revealed a much darker truth.

The bullying was a result of a terrible experience of sexual assault.

“They move me around,” VanZant wrote, in her recounting of the assault. “They change my position. I fail each time I try to resist, my limbs like wet cement on my body, my brain a heavy fog. I am awake and conscious, but my body feels dead. I know what is happening but can do nothing to stop it. I have no voice or choice but to submit and pray that it ends soon.”

Reactions from fans have ranged from skepticism towards her story to outright advocacy for the perpetrators’ behaviors.

Many media online outlets that had published stories about VanZant’s book and assault, such as MMAJunkie and MMAFighting have decided to shut off comments, as they were beginning to get out of hand. Twitter, on the other hand, was still available for those keyboard warriors.

VanZant says she was sexually assaulted at 14 – via @ESPN App YEAH OK funny how these these things just POP up. Someone is looking for attention. @PaigeVanzant https://t.co/bu5HoiiSVI

Paige VanZant can get it idc

Want to know how shitty a large portion of male MMA fans are? @MMAFighting had to turn off the comments for @marc_raimondi’s piece on Paige VanZant revealing that she was raped.

MMA is a sport that is rooted in chaos and has attracted many people of diverse backgrounds throughout the years. But when you appeal to the “anything goes” or “just bleed” crowd, there is a faction of fans that carry that attitude in all aspects of life.

I remember when MMA was about martial arts. Please STFU with your “pay Me” books and go fucking train you pleb.

Just because Paige VanZant fights in a cage professionally does not make her any less of a vulnerable human who is subject to emotions and pain just like the rest of us. She was fortunate enough to gain the promotional support of the UFC and has enjoyed stardom because of it. She has a platform now to share her story, one which might help other survivors feel less alone.

Accusations of attention seeking, lying, and denial of the horror of sexual assault are intolerable behaviors and should not be condoned or ignored in our community.