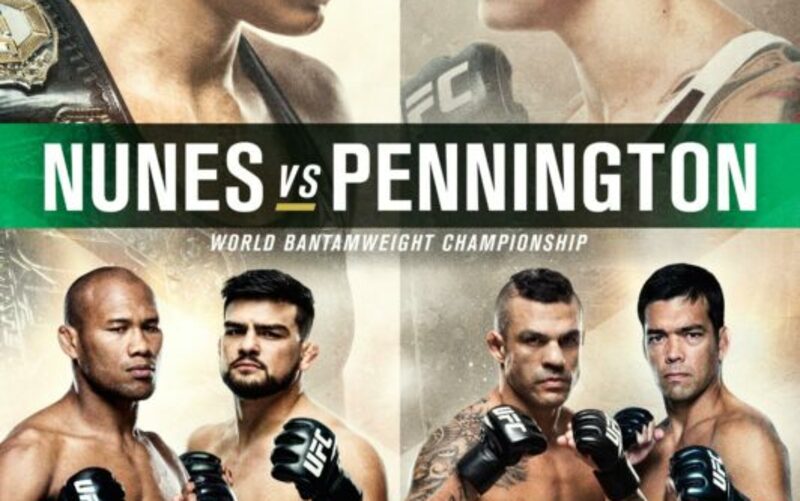 UFC 224 goes down this week, live at the Jeunesse Arena in Rio de Janeiro, Brazil! The payperview card features the Amanda Nunes defending her women’s bantamweight title against Raquel Pennington as the main event. With uniforms now de rigeur for UFC athletes, one of the few ways they have left to stand out as individuals is with walkout music. This week, the fighters we look at need help finding songs that can be unique to them. As MMASucka.com‘s resident musicologist, I’m here to offer suggestions that would help these fighters become more memorable as a brand. I’m even doing it publicly, for your entertainment. So, without further ado, here… We… Go!

What he last walked out to: “New Level” – A$AP Ferg feat. Future

What he should walk out to: “Get Some of Dis” – Del tha Funkee Homo Sapien

Karl “Baby K” Roberson is definitely a hot prospect in a middling 185 lbs. division. Undefeated in six professional fights and on a five fight finishing streak, the only thing keeping Roberson from being memorable to more than the hardcores is a unique signature walkout. While “New Level” is a great track for a finishing artist to walk out, but Walt Harris, a fighter with a longer UFC tenure, has already been using it. So, what can “Baby K” do? Well, Bay Area cult legend Del tha Funkee Homo Sapien has a new album out with the perfect track. “Get Some of Dis” is all about establishing one’s superiority over their opposition. That’s something that Roberson knows well, especially with his three submission victories. You can hear it below.

What he last walked out to: “Till I Collapse” – Eminem

What he should walk out to next: “God’s Law in the Devil’s Land” – Kingdom of Sorrow

Unfortunately for Davi “The Tasmanian Devil” Ramos, he is one of three different fighters to walk to Eminem’s “Till I Collapse” within the past year. That mean’s the song is over-used. So, that means it’s time to consider something else. Sometimes a bad-ass submission ace needs to walk out to something bad-ass. “God’s Law in the Devil’s Land” by Kingdom of Sorrow brings the driving rhythms, chunky riffs, and a great intro. It would make for a great walkout song for any fighter, especially one like Ramos. You can hear it below.

Keep it locked to MMASucka.com for more on UFC 224 and more MMA news and opinion!