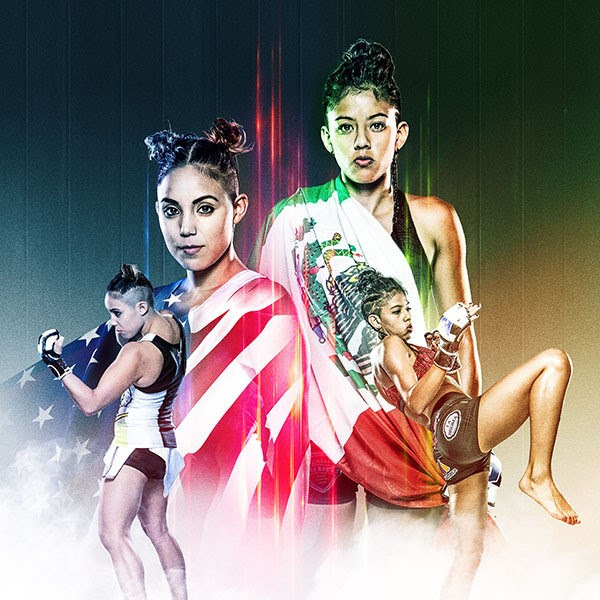 Priced from $40, tickets for “Combate Americas: Mexico vs. USA” are on sale at Ticketon.com.

“’Mexico vs. USA is the best of Combate Americas, with ‘soccer style,’ country vs. country competition,” said Combate Americas CEO Campbell McLaren.  “Lisbeth and Kyra are the top two atomweights in the world, and there is going to be an atomic explosion when these atoms collide.”

Ranked as high as 20 in the world in the women’s atomweight division, Lopez Silva, a 21-year-old native of Mexico City, Mexico is aiming for her sixth straight victory after defeating Sheila Padilla of the U.S. by way of TKO (punches) in the second round (3:24) of their bout at the inaugural “COPA COMBATE” extravaganza in Cancun last November 11.

The 23-year-old Batara, who fights out of Las Vegas, Nev. and is ranked as high as 19 in the world, is coming off her second consecutive win, a unanimous decision over long-standing rival Paulina “Firefox” Granados in the main event of “Combate Americas: Queen Warriors” last December 1.

Gutierrez is an aggressive-minded, 27-year-old, rising star out of Guadalajara, aiming to make noise in what will be his Combate Americas promotional debut.

Representing the U.S., the 25-year-old Avila fights out of Lodi, Calif. is looking to return to the past form that saw him notch victories in five of his first seven professional starts, four of which came by way of (T)KO or submission inside of two rounds.

Live television programming details, as well as additional bouts for “Combate Americas; Mexico vs. USA” will be announced soon.