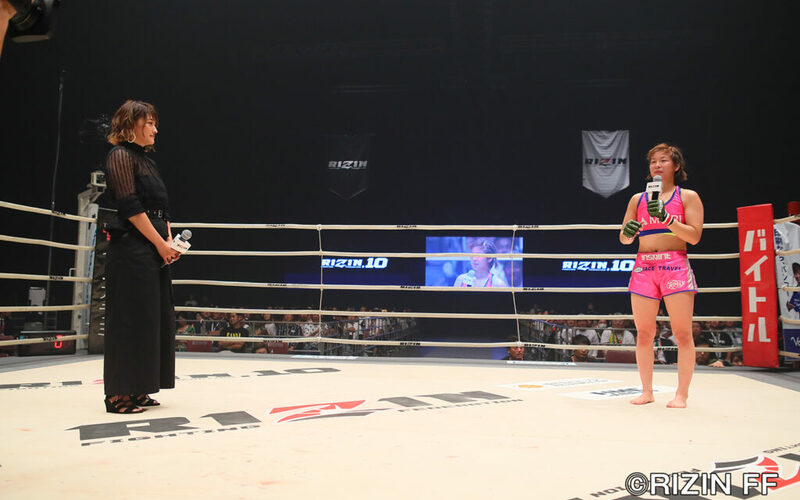 Despite last year’s tournament winner not being super enthusiastic about the rematch just last weekend, it looks like we will indeed get Kanna Asakura vs. RENA II this summer.

But, there will be added stakes. As RIZIN Chairman, Nobuyuki Sakakibara seems interested in adding an official RIZIN Atomweight Championship to the promotion.

Yahoo! Japan had the scoop. If and when the belt is introduced, it will likely be the first official championship to appear in RIZIN. As the Grand-Prix championships won by Horiguchi, Asakura, and Nasukawa last year were seemingly solely for said tournament. 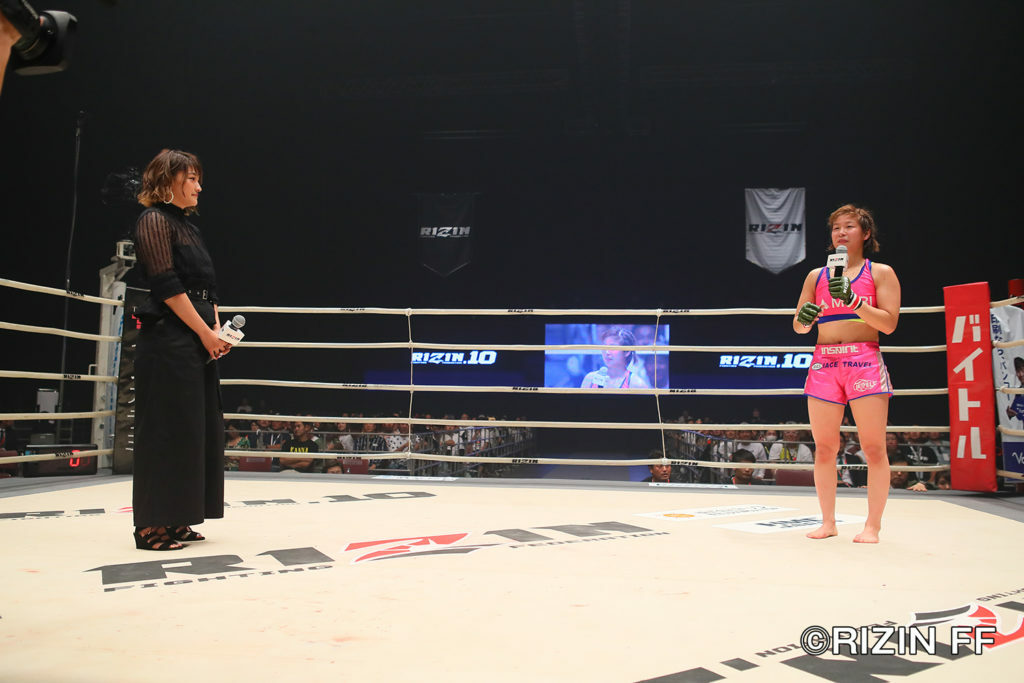 After defeating Melissa Karagianis last weekend, Kanna Asakura (12-2) didn’t seem very enthusiastic about the idea of fighting RENA again this Summer. Her reasoning was fair, however, as she felt as if RENA needed to win at least one fight beforehand.

Sakakibara was critical of Kanna’s attitude toward the rematch. Drawing a comparison to longtime PRIDE Middleweight Champion; Wanderlei Silva.

“Asakura’s attitude towards the bout isn’t that of a champion. If this was Wanderlei Silva and someone he defeated came into the ring and challenged him, I feel he would say ‘this is my ring, get out of here – or else.'”

Despite all of this, it seems as though Kanna Asakura has agreed to fight RENA. And it looks as though the bout will happen this summer. Likely RIZIN 12 or RIZIN 13 in August/September if RENA’s Shoot Boxing commitments are any indication.

20-year-old Asakura won last year’s Atomweight Grand-Prix as one of the tournament’s underdogs. She earned her spot in the Grand-Prix by defeating Saori Ishioka. In the quarter-finals, she defeated Polish kickboxer Sylwia Juśkiewicz before submitting Brazilian striker Maria Oliveira in the semi-finals.

She moved on to the finals the same night as defeating Oliviera. And she became the tournament champion by choking RENA unconscious in round one. Her sole appearance since the tournament win was last weekend at RIZIN 10 where she dominated Canada’s Melissa Karagianis. This was her 7th-straight win.

Prior to the Asakura loss, RENA (6-1) was undefeated in MMA. The Japanese Shootboxing star had picked up emphatic KO wins over former KOTC title-holder Andy Nguyen and Irene Cabello in the atomweight tournament before being defeated by Asakura.

She has not competed since, hence Asakura’s initial uninterest in the fight. Maybe the idea of becoming the true RIZIN Atomweight Champion was enough to sway her.

The rematch seems to be confirmed, but further details have yet to come out. Expect announcements for the upcoming RIZIN shows in the very near future.

RIZIN 11 is slated to take place in July, so announcements should start being made within the coming weeks.