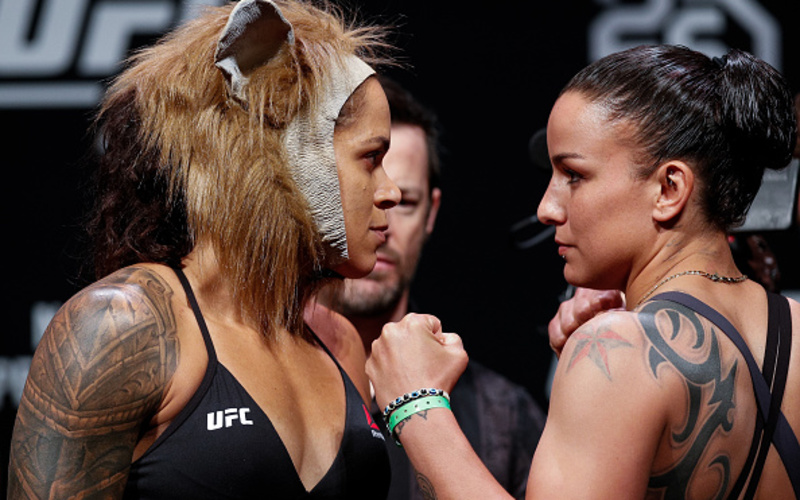 UFC 224 takes place at the Jeunesse Arena in the beautiful city of Rio de Janeiro. The main event of the night features a battle for the women’s bantamweight title when defending champion, Amanda Nunes, takes on Raquel Pennington. Nunes seeks the third defense of her title. The champion first captured the title at the infamous UFC 200 when she defeated Miesha Tate by RNC after three minutes of the opening round. Following up her dominant performance, the champion successfully defended her belt for the first time when she KO’d Ronda Rousey in 48 seconds of the first round. Nunes most recent performance saw her narrowly defeated Valentina Shevchenko on the judges’ scorecards, winning by split decision (48-47, 47-48, 48-47).

The challenger, Raquel Pennington enters the event as a headliner for the first time in her UFC career. Her title shot rides on the back of her impressive 4 fight win streak in which she defeated Jessica Andrade (in a rematch), Bethe Correia, Elizabeth Phillips, and Miesha Tate, respectively.

Amanda Nunes def. Raquel Pennington via TKO (Punches) at 2:36 of Round 5

Mackenzie Dern def. Amanda Cooper via Submission (Rear Naked Choke) at 2:27 of Round 1

Alexey Oleynik def. Junior Albini via Submission (Ezekiel Choke) at 1:45 of Round 1

Davi Ramos def. Nick Hein via Submission (Rear Naked Choke) at 4:15 of Round 1

Jack Hermansson def. Thales Leites via TKO (Punches) at 2:10 of Round 3

Markus Perez def James Bochnovic via Submission (Rear Naked Choke) at 4:28 of Round 1