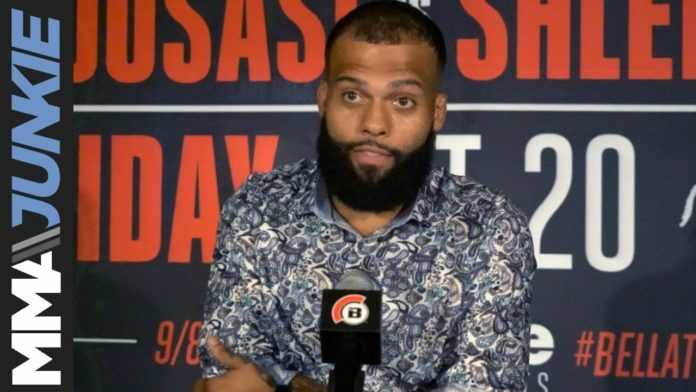 Jordan Young is currently an up-and-coming Bellator prospect making the switch from middleweight to light heavyweight. Young is now 3-0 in Bellator with his last two victories coming by first round submission. The undefeated star is 8-0 in his young career with six of his wins coming by submission. His amazing ground game is contributed to his teenage days when he discovered MMA was his chosen path in life.

“I won a jiu-jitsu tournament in Las Vegas at 16 after a summer of training 2-3 times a day,” Young told MMASucka.  “I found the answers by myself out there isolated in Vegas for a summer. My mom had a friend who owned a couple of furnished apartments and extra car.” Young has used his jiu-jitsu background to pull-off three professional triangle choke victories.

Young is getting better with each contest due to his training with one of the best teams in the world, American Top Team, in Coconut Creek, Florida. Young provided MMASucka with an amazing list of coaches for each aspect of his game. Dyah Davis and “Paulie Gloves” Dr. Paul Gavoni work with Young on his boxing skills. Mike Brown, Din Thomas, and Conan Silvera work on MMA along with Roger Khral helping improving striking. World-class wrestler and former NCAA champion, Steve Mocco, works with Young on his wrestling. Phil Daru works with Young on strength and conditioning.

“Daru is an animal: fitness, nutrition, recovery. He’s the million dollar man,” Young told MMASucka. As a result, all of these world class coaches have attributed to Young’s improvements from fight to fight which will only get better as Young continues to age and grow.

Just prior to Bellator posting on their site Young’s next matchup, MMASucka asked him about the rumor of him being slated to compete at light heavyweight on the Bellator 201 card. “I’m going to KO Jamal Pogues at Bellator 201! I feel amazing. Coach Phil Daru and I have been working since 2018 started to adjust me to 205 pounds. I’ve put in a lot of consistent building work and I started at my base. I’m in a good position to put on my best performance to date thanks to Daru’s training systems.” Jamal Pogues will be making his debut with Bellator sporting a 4-1 record with his only loss coming in his pro debut.

With Young making the move to light heavyweight, we asked his take on the Bellator heavyweight tournament with a couple of the bigger names in his division participating. “The winner of King Mo vs. Bader I think will win the tournament.” Ryan Bader is the current Bellator light heavyweight titleholder and just recently defeated “King Mo” Muhammed Lawal in 14 seconds. The move up in weight will provide a bigger and stronger version of the Young we have seen at middleweight. Bellator 201 can be the start of an amazing light heavyweight run for one of the sport’s most feared up and coming fighters.

Make sure to catch Young in action at Bellator 201 on June 29, 2018, from Temecula, CA. Young will headline the prelim bouts of the card. The main event with feature a women’s flyweight title fight with champion Ilima-Lei Macfarlane taking on challenger Alejandra Lara. Also check out the full lineup here for Bellator 201. http://www.bellator.com/events/319op0/bellator-201-macfarlane-vs-lara 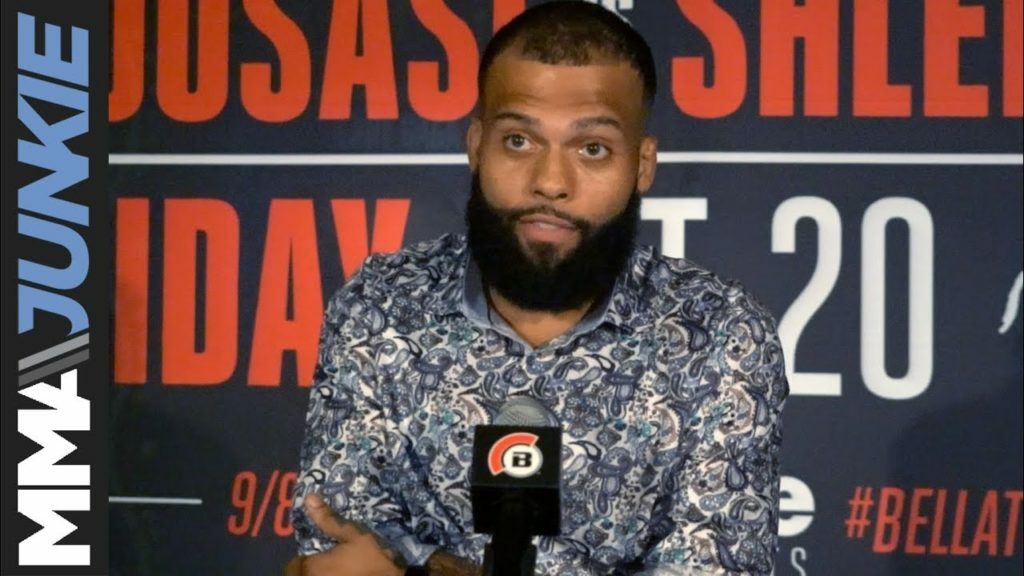