Ronaldo “Jacare” Souza: The Tale of a Brazilian Legend 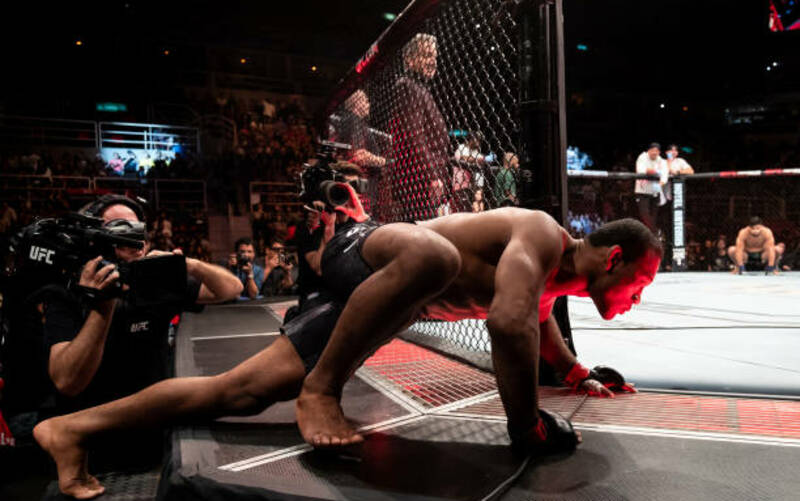 Ronaldo Souza, known simply in the MMA and BJJ world as “Jacare,” is a potential UFC Hall of Famer renowned for his top-level jiu-jitsu skills. Souza has worked for many years to become one of the very best at his craft, but the start came from experiencing a very unfortunate event.

Souza grew up in Cariacica, Brazil and lived there until he was 15 years old. He grew up in less than ideal circumstances and on one unfortunate day, he witnessed the murder of his best friend.

This greatly troubled and traumatized young Souza to the point his mother moved him to Manaus, almost 2,800 miles northwest of home to live with his older brother. Just a few years later Souza would meet Henrique Machado and begin his jiu-jitsu training. Machado took young Souza into his home and began the grooming process to turn Souza into one of the greatest jiu-jitsu practitioners ever.

The World of Brazilian Jiu-Jitsu

Souza’s journey began in 1996 and throughout the next handful of years, he would win several state championships leading up to the 2003 World Championships Brown Belt Division. During this impressive run, Souza would win all of his bouts by submission, except for one. During 2003 Souza would also be granted his black belt by Machado.

Jacare would go on to win several IBJJF world championships and ADCC championships. Souza would also go on to defeat Robert Drysdale to win the ADCC superfight championship in 2009. Eventually, he would compile a BJJ record of 47-6, with 27 of those wins by submission.

Souza would go on in the world of BJJ to have one of the most historic rivalries in the sport with Roger Gracie. The two competed five times with Gracie taking three. The second contest, 2004 Absolute Mundials Finals, would go on to be considered one of the greatest BJJ matches ever. Souza would fight through a broken arm with about two minutes left, staying alive long enough to win on points. The only submission between the two competitors came during their fourth bout which was at the 2005 Open Class Absolute ADCC Finals. This was also the only contest between the two that was no-gi.

Entering the World of MMA

The world of BJJ was pretty much conquered for Souza, who won almost every tournament possible. Souza took on his very first MMA bout in September 2013 at Jungle Fights 1. “I watched Royce Gracie fights in the first UFC and I had a lot of desire to fight MMA,” Souza told MMASucka. “After winning many Jiu-Jitsu championships and many years after watching the Royce fights I went to fight MMA.” He lost his debut but took on a dangerous veteran in Jorge Patino, who at that time had roughly 25 MMA bouts in his career.

Souza would go on to take seven fights over the next four years, all wins, and sign with Dream. He would compete five times under the Dream banner, narrowly losing the vacant middleweight title matchup to Gegard Mousasi.

Near the end of 2009, Souza would have his first bout with Strikeforce. The Strikeforce run showed Souza as an evolved mixed martial artist, who could now strike effectively along with his world-class BJJ. At Strikeforce: Houston, Souza would get his only taste of MMA gold by winning the Strikeforce middleweight title against Tim Kennedy by unanimous decision.

He would have a successful title defense against Robbie Lawler at Strikeforce: Diaz vs. Cyborg. Though Luke Rockhold would defeat Souza for the title at Strikeforce: Barnett vs. Kharitonov, Souza would go on to win his last three bouts in Strikeforce. It was time to have a run in the UFC.

Souza in the UFC

After the shutdown of Strikeforce, Souza was signed to a multi-fight deal in January 2013 with the UFC. He would make his debut four months later at UFC on FX: Belfort vs. Rockhold. Souza would catch Chris Camozzi in an arm triangle and win via submission in round one. This card was fought in Brazil which is where Souza would compete inside the octagon for his next two bouts, also wins. Souza’s debut bout with Camozzi earned him Submission of the Night.

At UFC Fight Night: Jacare vs. Mousasi, Souza would get his first experience as a UFC headliner as well as a chance to avenge an important loss. Souza was able to get the third round guillotine submission for the win over Mousasi. Mousasi had originally defeated Souza for the vacant Dream title years prior. Since then Souza has gone 4-3 with two of those losses being close, controversial split decisions to Yoel Romero and most recently Kelvin Gastelum.

So what is next for Souza? “At the moment I feel like I need to rest for a while,” Souza told MMASucka. “I will be ready to fight again in October or November.” Souza looks to continue his run and in a wide-open middleweight division, hoping to earn another chance to get a title shot.