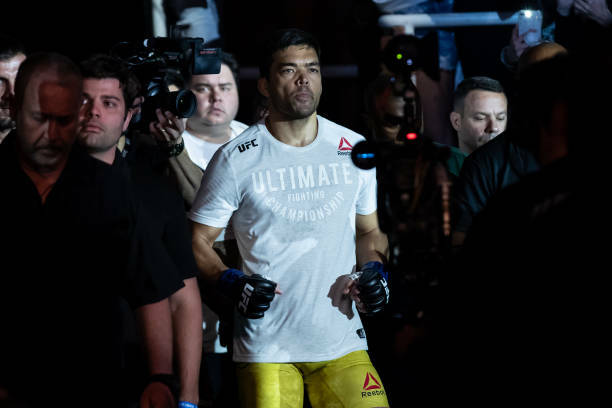 "The Dragon" is coming.

ESPN was the first to report that Lyoto Machida and Bellator agreed to the terms of a multi-fight contract. Bellator soon after released an official statement.

“Bellator is pleased to announce the signing of former world champion Lyoto Machida to an exclusive, multi-fight agreement,” Bellator officials said in a statement. “We look forward to seeing ‘The Dragon’ compete inside the Bellator cage in the near future.”

Machida (24-8) joins the Bellator roster after a stellar 11-year, 24-fight run in the UFC that saw him become the light heavyweight champion and almost always near the top of each division he competed for, whether it be light heavyweight or middleweight.

In his two most recent outings, ‘The Dragon’ was able to best prospect Eryk Anders on the scorecards following 25-minutes of action. Last month, in the final fight of his UFC contract, he took on fellow legend Vitor Belfort, winning via devastating front kick knockout in MMASucka’s Knockout of the Month.

As he prepares to make his Bellator debut, it is worth noting that Machida has wins over the promotion’s champions at both light heavyweight and middleweight. Knocking out Ryan Bader in 2012, and outpointing Gegard Mousasi in 2014.

Other wins on his legendary resume include Dan Henderson, Randy Couture, Shogun Rua, Rashad Evans, Tito Ortiz, Rich Franklin, and BJ Penn, among many others.