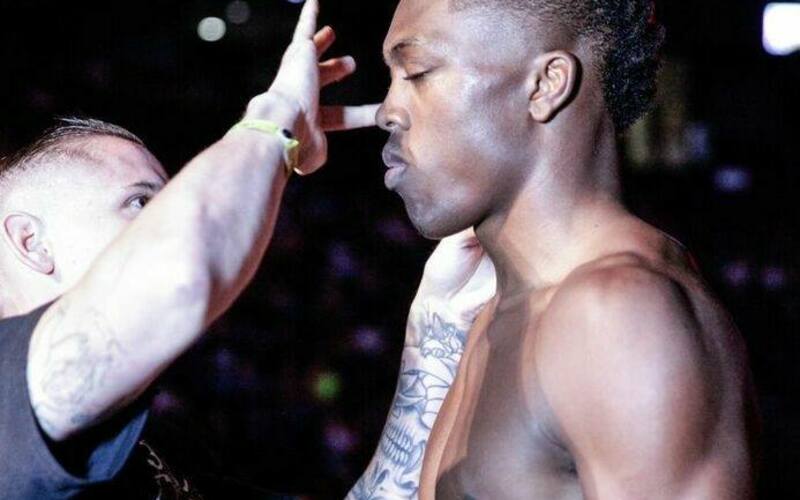 “I’m very happy and I get to show them I deserve to be in the UFC and I will be their next champion,” Turner, a lightweight, told MMASucka. “It’s something that was going to happen no matter what and it’s the perfect time.”

The upcoming chance to be in the UFC is mind-blowing when looking at Turner’s MMA origins.

He signed up for wrestling in his sophomore year of high school, but a broken finger prevented him from competing. That was when he discovered MMA. Turner, now 23, began watching the UFC and became enthralled by Anderson Silva, who was then in the prime of his dominant UFC middleweight champion run.

“I was hoping I could be good at it,” Turner (6-3 MMA) said of the sport. “In my senior year [of high school], I started training with my friends who had a background in MMA. In whoever’s backyard, we sparred in boxing, kickboxing. When I was home, I’d look up videos and train kicks. My couch was my punching bag.”

The couch, an old one that Turner’s mother didn’t need anymore, lasted about a year before Turner broke one of its supporting beams with a kick.

Fast-forward to now, and Turner is about to step into the The Ultimate Fighter Gym ring and fight Mustaki for a UFC contract.

Turner said Mustaki seems like “a tough kid,” but one he matches up well against.

“There’s a few fights on YouTube that I’ve been checking out, seeing little mistakes I can capitalize on,” Turner said. “All of the film I’ve watched has helped me prepare for the fight.”

All six of Turner’s professional wins have come in the first round, and five have been via knockout. Considering half the battle is winning impressively enough to draw White’s attention, Turner’s finishing power bodes well for his UFC dreams if he wins. And he believes he has the fighting style and personality to make a splash by the end of 2018 if he makes it into the promotion.

“If I get in, I’ll try to fight at least one more time this year, maybe twice,” he said. “Depending on health, injuries, getting a fight. I’ll have eyes on me. One fight in the UFC will blow me up. As soon as people in the UFC see what I can do, they’ll either gravitate towards me or shell away.”

One former UFC champion already knows what Turner can do: Michael Bisping. “The Count” brought Turner in as a sparring partner for his camps with Anderson Silva (a bittersweet moment for Turner) and his title-winning performance against Luke Rockhold.

“Bisping is a really cool dude,” Turner said. “We had some heated sparring sessions. Him being a 185’er and me being a 155’er, I had to whether a couple of storms. We kept it professional. It was fun and I’d do it again.”

The former UFC middleweight champion may be calling the action for Turner’s fight next week. And like Bisping did to Rockhold in their rematch, Turner will be looking for a first-round stoppage against Mustaki.

“That’ll be enough to earn myself a contract.”