50 Part Series of the History of MMA in United States: Illinois 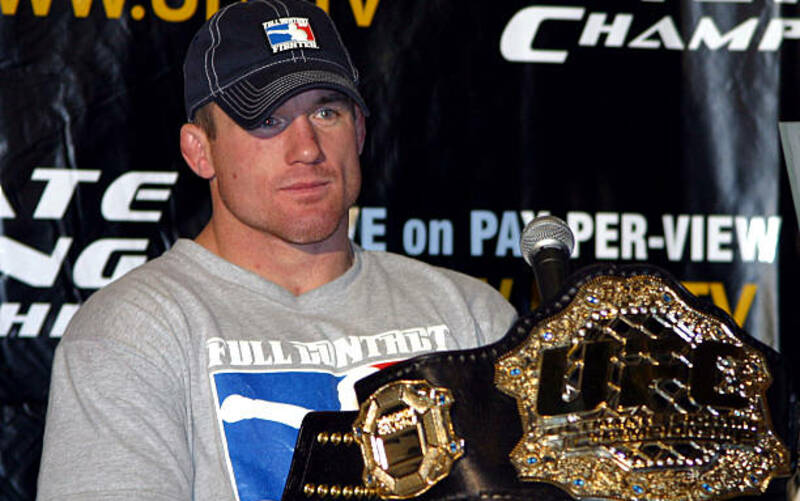 This is the 13th of a 50 part series documenting the history and current state of MMA for each of the 50 states in the United States of America. Each part will chronicle the history of MMA as well as several notable fighters and camps in each state. States will be completed in alphabetical order. This is the history of Illinois MMA. Be sure to check out the previous part on Idaho.

Illinois, the 21st state to join the Union, has contributed many stars has been the site for many MMA moments. With the sixth largest population in the United States, it is easy to see why Illinois has been such a huge contributor to the world of MMA.

The Illinois Department of Financial and Professional Regulation (IDFPR)

The IDFPR is the overseeing body of the state’s athletic commission and consists of six board members. IDFPR has been in the news a bit lately over the recent PFL 2 event held on June 21, 2018. There are also a few interesting rules within the rules and regulations section of the IDFPR.

Interesting Points Within the Rules and Regulations

It is written in the rules and regulations for Illinois that a weigh-in shall be conducted no more than 24 hours prior to the scheduled start time and no less than eight hours prior to the start of the event. According to this rule, Illinois does not have a morning weigh-in setup, which is common practice for the UFC now. It is also written that a fighter who misses weight will be given two hours to make the required weight. This is an issue Yoel Romero is taking up by filing a lawsuit against the commission in regards to an incident prior to UFC 225. Romero was told to stop cutting weight after one hour. He would not be granted that second hour due to health concerns.

During PFL 2, Thiago Tavares suffered a second-round TKO loss due to being unable to continue after a groin strike. Tavares was given the five minutes to recover but was still unable to compete after the time. At that time, Robert Watley was declared the winner by 2nd round TKO. Under the Unified Rules of MMA, the fight would have been ruled a no contest. A spokesperson for the IDFPR stated state law says otherwise and state law supersedes the Unified Rules of MMA. The spokesperson told MMA Fighting that per Section 1370.630 (c)(2)(b)(iii) states, “ A contestant who is hit with an accidental low-blow must continue after a reasonable amount of time, but no more than five minutes, or he or she may lose the bout by technical knockout.”

Another incident occurred at the same event where Efrain Escudero was awarded a submission victory over Jason High. A spokesperson replied to this incident as well stating, “The referee determined the bout to conclude by tap-out.” Though it seems High will not get a reversal, he will possibly receive some sort of sanction for his emotional reaction after the bout was concluded.

Events and MMA Moments in Illinois

The sport’s two biggest organization (UFC and Bellator) have both made a handful of appearances in The Prairie State. UFC has made seven appearances while Bellator has made five.

UFC 90: Silva vs. Cote was the company’s first fore into Illinois. UFC 90 took place on October 25, 2008, at the Allstate Arena in Rosemont, Illinois. The over 15,000 in attendance witnessed Anderson Silva defend his title against Patrick Cote, winning by third-round TKO. The co-main event saw American Top Team standout Thiago Alves defeat Josh Koscheck by unanimous decision in a welterweight bout.

Bellator visited the Aragon Ballroom in Chicago very early in the company’s life for Bellator 7. The event took place on May 15, 2009, but was tape delayed and played through ESPN Deportes on May 16, 2009. The card featured the semi-finals of the welterweight tournament which would see Omar De La Cruz and Lyman Good victorious to set up a future bout for the tournament championship. Eddie Sanchez also made his Bellator debut knocking out Jay White in ten seconds.

The state has contributed quite a list of former and current stars fighting at the top level. From guys like UFC Hall of Famer Matt Hughes, Clay Guida, and Felice Herrig to the new crop of Illinois talent such as Manny Vazquez and Tavae Lewis.

Mike Santiago currently fights in the UFC’s featherweight division. The 20 plus professional wins fighter has been around the Illinois fight scene for a long time. “Illinois along with some other states in the Midwest, the MMA scene is still growing,” Santiago told MMASucka. “I’ve been on the local circuit for a long time so to see all these local promotions grow is great. Not only to see the promotions themselves are great but they are also starting to bring a different talent level to their shows. The exposure for local talent is very important. But it’s been great to watch the progression and growth of these promotions.”

Illinois’ Pound for Pound Number One

Tapology’s number one Illinois pound for pound fighter, Manny Vazquez, sports a 12-3 record. His most recent victory was a first-round submission victory over Shawn West at Caged Aggression 21: Night 2. “The fans in Illinois are awesome,” Vazquez told MMASucka. He also mentioned that many of the regional fans in Illinois mostly follow a certain fighter(s) and can get quite loud and crazy when their fighter takes to the cage.

Vazquez also let MMASucka know his thoughts on the Illinois Athletic Commission, which according to the Association of Boxing Commission, is in poor standing with the association. “MMA has blown up worldwide over the years, but I feel like the growth of the sport hasn’t been quite as big as it could be here in Illinois and that can be for a couple of reasons. First thing is the commission out here. You’ve got a bunch of people running the Illinois Athletic Commission who first of all don’t know a thing about fighting. They make ridiculous requests of fighters just trying to compete which makes it much more enticing to just travel an hour out to Indiana or Wisconsin to fight in order to avoid the headache of our commission.

Vazquez also spoke about the crunch the commission puts on local promoters trying to make a profit in the state. These kinds of actions have pushed promoters to travel to neighboring states. “Unfortunately for every step Illinois has taken forward with the growth of MMA, they’ve taken two steps backwards.”

26 year old up and comer Tavae Lewis is 1-1 in his young career. He earned his first win in June 2018 with a first-round submission victory over Chris Blevins at Colosseum Combat 45. Lewis also had nothing but great things to say about the fans of Illinois. “Illinois fans are amazing! They’re loyal,” Lewis told MMASucka. “My fan base has been behind me since day one and MMA in Illinois has died down so much. It’s sad to see the way it is in Illinois compared to other states. Especially considering how much the sport has grown nationwide/worldwide.”

Part 14 of the 50 states series will be the state of Indiana. Check back with MMASucka to keep up with the series.