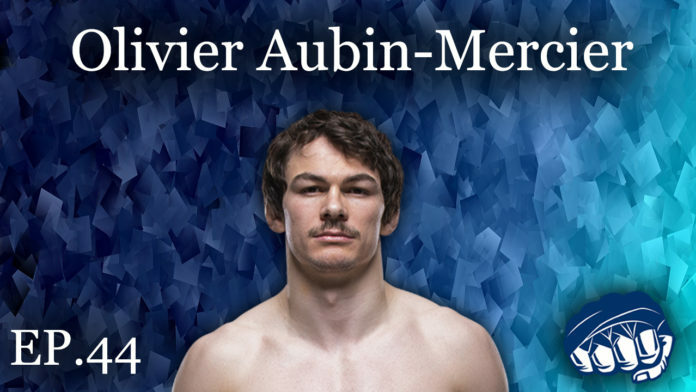 “The Canadian Gangster” Olivier Aubin-Mercier returns to the Pull No Punches podcast ahead of his bout against Alexander Hernandez in Calgary at UFC on Fox 30.

The rising lightweight contender and the hosts share their worst training experiences with boneheaded sparring partners and OAM shares the secret to skipping a wine hangover.

When asked if there is a difference between wine, beer and hard liquor “drunks,” Aubin-Mercier reveals his girlfriend is a wine sommelier and confirms his status as a “wine and cheese guy.”

He then shares his secret to how wine drinkers can avoid waking up with a head-banging hangover. “I’m drinking almost all my wine organic now. They don’t add all those additives,” said OAM. “And I found out if you drink a cheap wine, your hangover is going to be 10 times worse. When you start drinking natural wine, you cannot go back. It’s funkier, it’s really different, but for me, it’s the best wine.”

“I have to say the worst training partner at Tristar is Alex Garcia,” OAM laughs. Johnson chimes in, “One hundred billion percent! Guaranteed. The worst!”

“We were doing back take situations and the freaking guy was choking me on the eye,” Aubin-Mercier recalls. “He was doing the rear-naked choke on my eye.”

The Pull No Punches podcast publishes every Thursday on iTunes, Stitcher, YouTube, Facebook Video and most major podcasting networks.