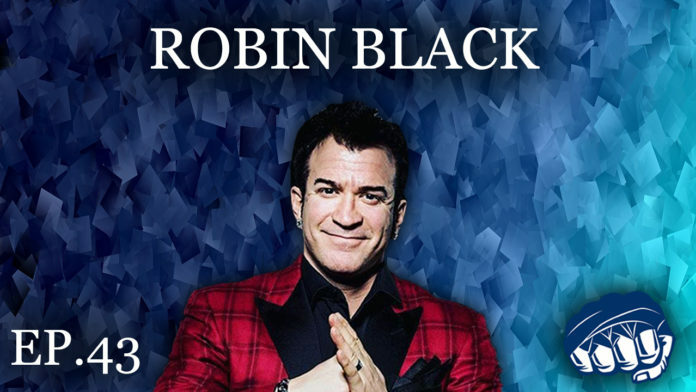 Robin Black says cable news is putting people at odds and breeding a “them versus us” culture.

Black, 48, immediately dives into the deep end of the discussion, cracking the whip on an industry he has spent countless years involved in. “Who the hell wants to just sit around and talk about whatever a bunch of fighters said last week?” the analyst argues. “That’s what news is these days. Journalism has turned into thousands of people taking things people said and then having opinions about them,” he continues. “And that is just boring as s—!”

Reflecting on how media has changed over the past decade, Black criticizes says the “them versus us” is to blame. “Whether you turn on some program UFC made or you turn on a basketball game, you have a whole bunch of people sitting around intentionally arguing disagreeable opinions. It is just nonsense,” he expresses. “We are so broken, we are trapped in this idea — mostly by television producers — to get three or four people, put them in suits, sit them at a desk and order them to disagree with each other and fight about it. It is reflected in our society and how people deal with each other.”

“Everything should not just be a question intended for debate or argument,” says Black. He says the biggest detriment to modern society is “cable news is, for me, the most harmful for our society.”

“I watched [Joe] Rogan talk about this the other day. How during the election he would turn on both ends to see what was going on,” Black recalls. “On one network it was ‘Russia, Russia, Russia’ and on the other, it was ’emails, emails, emails.’ The problem is if you attach yourself to a side and you’re watching the other side and you think they’re insane, they think you’re insane.” Adding, “the truth is you’re both right. You’ve been conditioned to argue over nonsense while people are changing the world around you.”

The former Fight Network star ends his platform with this piece of advice: “the single greatest way to instantly improve your happiness in your life is to stop watching all cable news.”

Black competed professionally in nine MMA fights with an overall record of 4-5. He works as an MMA analyst and commentator and has collaborated with TSN, KSW, and TKO, among others.

The Pull No Punches podcast publishes every Thursday on iTunes, Stitcher, YouTube, Facebook Video and most major podcasting networks.