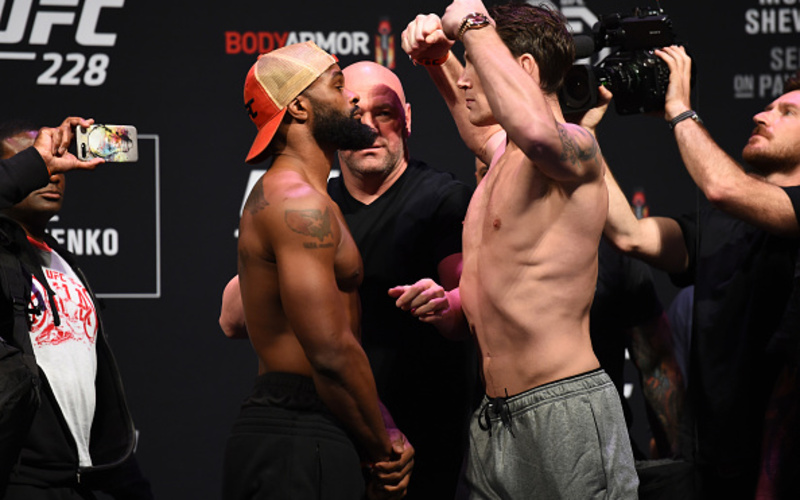 The UFC is back on pay-per-view and the welterweight title will be on the line, check in here with MMASucka for live UFC 228 results throughout the night.

Current welterweight champion, Tyron Woodley, will look to defend his belt for a fourth consecutive time as he faces Darren Till. Till is coming off the biggest win of his career when he won a very close split decision over Stephen Thompson at UFC Fight Night 130. Meanwhile, Woodley has not fought since he last defended his belt at UFC 214 when he faced Demian Maia.

In the co-main event, we will not see the women’s flyweight title fight we thought we’d see. The champion, Nicco Montano, was hospitalized during the morning of weigh-ins. This forced the UFC to also remove Valentina Shevchenko from the card and strip Montano of the title.

Instead, in the co-main event, we will see a battle between two of the top strawweight fighters. Former title challengers, Jessica Andrade and Karolina Kowalkiewicz will battle with the winner possibly earning themselves a title shot.

Before we reach the co-main event, we will see a featherweight fight between Zabit Magomedsharipov and short notice opponent, Brandon Davis. The second fight on the main card was pulled from the prelims after the flyweight title fight was scrapped. Former flyweight title challenger, John Dodson will take on Jimmie Rivera in a bantamweight clash. Finally, opening up the main card will be a welterweight battle between Abdul Razak Alhassan and Niko Price.

Follow along with MMASucka as we provide you with the results throughout UFC 228.

Tyron Woodley def. Darren Till via Submission (D’Arce Choke) at 4:19 of Round Two
Jessica Andrade def. Karolina Kowalkiewicz via Knockout (Punch) at 1:58 of Round One
Zabit Magomedsharipov def. Brandon Davis via Submission (Kneebar) at 3:46 of Round Two
Jimmie Rivera def. John Dodson via Unanimous Decision (30-27, 30-27, 29-28)
Abdul Razak Alhassan def. Niko Price via Knockout (Punches) at 0:43 of Round One