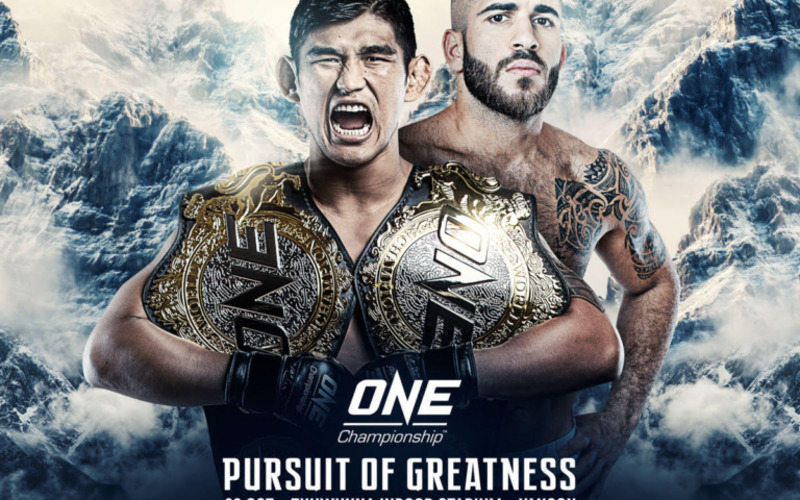 ONE Championship has announced the main event for ONE: Pursuit of Greatness, set for October 26 at the Thuwunna Indoor Stadium in Yangon, Myanmar. Reigning, defending ONE Middleweight Champion, two-division champion, Aung La Nsang will defend his title against Mohammad Karaki.

The news was announced mid-day Thursday.

“ONE Championship returns to Yangon this October with another blocking evening of world-class martial arts. Every time we visit Yanong, it’s always a spectacle. Aung La Nsang is a  two-division titleholder and an absolute phenom beloved by his people for his immense skill, and his ability to unite everyone whenever he performs. He embodies the true values of martial arts and is a tremendous champion with a big heart. Aung La Nsang is in for another test, however, as Mohammad Karaki of Lebanon is no doubt a worthy challenger to the middleweight throne. It’s going to be absolutely electric at Thuwunna Indoor Stadium yet again!”

Aung La Nsang is Myanmar’s most successful athlete in history. His impressive submission skills have earned him the moniker of “The Burmese Python,” but don’t get it twisted. In his last outing against Japanese ace Ken Hasegawa, he showed off his equally stellar striking game with an incredible fifth-round knockout in a war.

Aung La Nsang captured the ONE Middleweight Champion with a unanimous decision over Vitaly Bigdash in June of 2017. In February 2018, he defeated Brazilian hitter Alexandre Machado to be crowned the ONE Light Heavyweight Champion. Next up, the 33-year-old is set to defend his middleweight title against Mohammad Karaki.

“O Lutador” is considered by many to be one of the best fighters currently from the Middle East. Along with the aforementioned Phoenix FC title, Karaki is a former two-division (light heavyweight & middleweight) in Desert Force. On his nine wins, only one reached final bell. Karaki has five submissions and three knockouts to his name. The feared finisher is expected to bring fireworks when he meets “The Burmese Python” in his ONE Championship debut.

No other bouts have been announced for the card, but this title fight is a fantastic start.