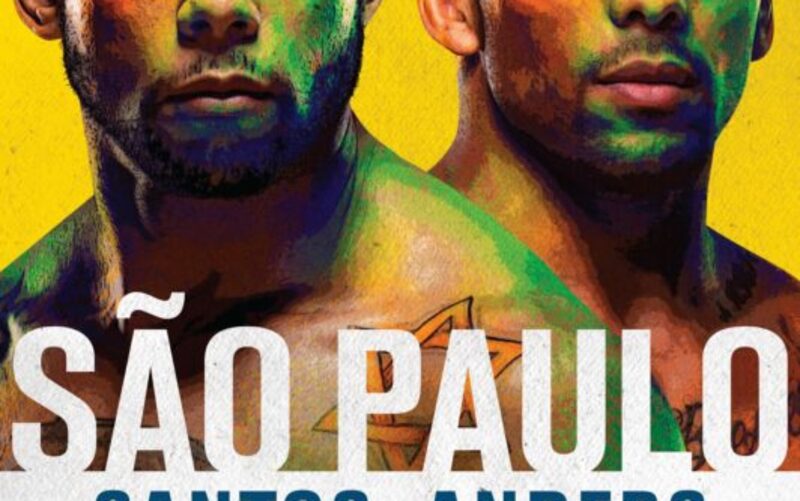 The UFC returns to the Geraldo Jose de Almeida (Ibirapuera) Gymnasio in Sao Paulo, Brazil this weekend for UFC Fight Night 137! Topped by a light heavyweight clash between middleweight standouts Thiago “Marreta” Santos and “Ya Boi” Eryk Anders, this card – as many international events are – is filled with fighters looking to make their mark. Whether it’s the lack of a highlight reel finish, a UFC tenure spent on undercards, or even poor choices in walkout music, these athletes have yet to really connect with the fans. I can’t help them with finishes or booking. I don’t have that kind of power. What can I help with, then? Their UFC Fight Night 137 walkout songs. That’s where I come in. As MMASucka.com‘s resident musicologist, I can help these wayward warriors find a tune that the crowds can associate with them. So, without further ado, here… We… Go!

What he last walked out to: “Thunderstruck” – AC/DC

What he should walk out to next:

It’s no surprise that Evan Dunham would want to walk out to “Thunderstruck” by AC/DC. It’s a classic song, utilized by teams and individual athletes all over the world. This includes fighters, which is precisely why he is here. Too many people walk out to the song, precisely because it’s so good. He need not despair though, especially since AC/DC has so many bangers that would make for tremendous entrances. So, with that in mind, perhaps Mr. Dunham can walk out to “If You Want Blood (You’ve Got It).” After all, nobody’s walked out to it in the UFC since 2016, so it’s fair game. You can hear it below.

What she last walked out to: Unknown per MMAJunkie’s Fight Tracks

What she should walk out to next: “Roots Bloody Roots” – Sepultura

Prior to UFC on FOX 28, at UFC 214, Renan Barao walked out to DJ Khaled’s “All I Do is Win.” He did not win. Whatever he walked out to at UFC on FOX 28, he didn’t win. What Renan needs to do now, is to go back to his roots. His bloody roots, if you will. As a Brazilian, fighting in Brazil, needing to reclaim his winning ways, I can hardly think of a song more identifiable to the world in terms of reclaiming Brazilian pride than Sepultura’s “Roots Bloody Roots.” You can hear it below.

Keep it locked to MMASucka.com for more on UFC Fight Night 137, and all the MMA news and opinion fit to print!