Brendon Marotte is one of many prospects in the New England region and Friday’s Combat Zone 67 proved that once again. Marotte impressively defeated Robert Best at CZMMA 67. The New Hampshire fighter took little time to finish Best. Just 26 seconds into the opening round the referee was forced to step in and halt the onslaught.

Even before the opening bell, one could taste the utter intensity upon his walkout. During the trip from the locker room to the edge of the cage, Marotte’s gaze stayed fixed upon his opponent. Both men invested heavily into the pre-fight intimidation, so much so that I began to wonder if there was some bad blood I failed to uncover.

Although the two continued to intently lock eyes, respect was there. They touched gloves in the center of the cage before the throwing of limbs began. It didn’t last long. Unfortunately for Best his limbs stayed locked to his sides for the entirety of the 26-second fight. He didn’t manage to land, let alone throw a single strike.

The glove touch was the closest Best’s fist ever got to the face or body of Marotte. Once they separated Marotte immediately backed Best up a few steps. Marotte established himself in the center of the cage. He then fired a foot sweep off catching a kick. The sweep cleared the ankle of Best, sending him aimlessly tumbling to the mat. Almost simultaneously, Marotte fell into half guard and mercilessly pounded Best with elbows. A few seconds into the vicious elbows, it became apparent that Best would not escape from this position or the strikes. Marotte poured extreme power into his ground and pound, while he continued to throw at a fast pace. He was ultimately granted the TKO stoppage.

Going into the matchup, the talent difference was fairly clear. Marotte’s biggest obstacle appeared to be Best’s toughness. Prior to Combat Zone 67, Best hadn’t been finished since 2012. Only two stoppage losses stained his career which consisted of 27 fights (amateur and pro). On the opposite end, of the six combined amateur and pro wins in Marotte’s career, only one came by decision.

Prospect on the Rise

The big question Combat Zone 67 presented was the talent of Brendon Marotte. It is hard to judge based on the opponent and quick result. Yet, his stock should sharply rise with this dominant victory.

Marotte has a lot in his arsenal. As a 5’10″ featherweight, he holds a size advantage over a good portion of the division’s fighters. He also has a long reach to match his height which makes engaging aggressively with him a dangerous task. His striking further elevates that danger as he holds an impressive Muay Thai striking base, making him a very technical fighter.

Beyond that, his power has ended the nights of many in the New England region. He is yet to show one-punch knockout power, but his combinations have put many opponents down.

The most intriguing aspect of this prospect is his age. ‘The Kid’ only somewhat recently earned the ability to consume and purchase alcohol legally. At such a young age with the experience he holds, the ceiling of Marotte’s talent is unforeseeable at the moment. 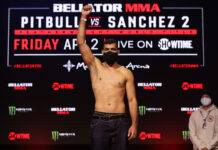 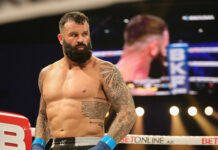 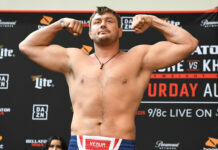 5 Fighters to Watch for at Bellator 255