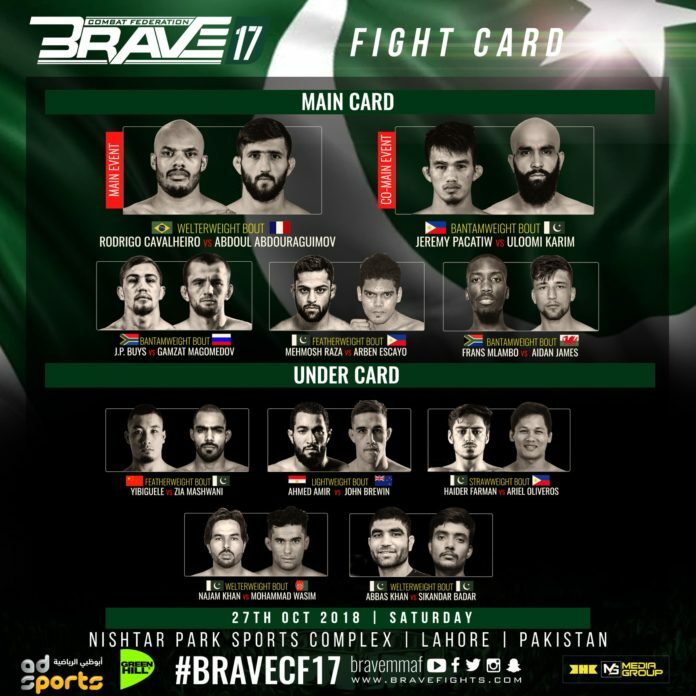 Brave Combat Federation has announced the full fight card for Brave 17, an event hosted later this month in Pakistan.

The show takes place on October 27 at the Nishtar Park Sports Complex in Lahore, Pakistan. This will be the first international mixed martial arts event held in the country. Athletes from many nations will compete on the show, as Brave 17 will become the most broadcasted combat sports event in the history of sports in Pakistan.

The night’s main event will feature a clash between Brazil and Russia, as Rodrigo Cavalheiro will face Abdoul Abdouraguimov. The Brazilian, Cavalheiro, looks to earn his second win the organization after becoming the only man not named Ben Askren to defeat Karl Amoussou via (T)KO. Opposite him stands “Sinistro,” who is also looking for win number two in Brave. His first came against Sidney Wheeler. This bout will be pivotal to the welterweight division.

Lot’s of great action will go down later this month in Pakistan. What the card may lack in ‘star power’, it makes up for in absolutely stellar matchmaking. Look for all fighters involved to put on a great show, per usual!