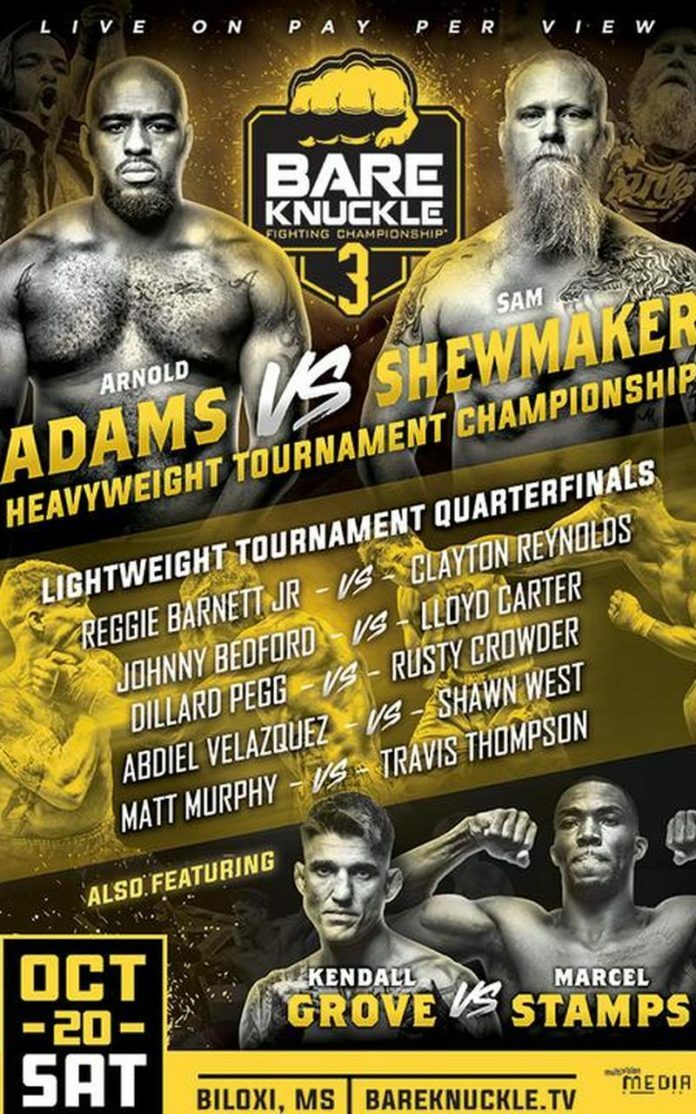 Back in August, Bare Knuckle fighting Championships returned with their second show dubbed “A New Era.” Well, the bare-knuckle organization returns to Biloxi, Mississippi with their third offering.

Check out the pay-per-view courtesy of FiteTV below, as well as the full card. This will be updated live as the event takes place.