A Hypothetical QUINTET: Promotion vs. Promotion 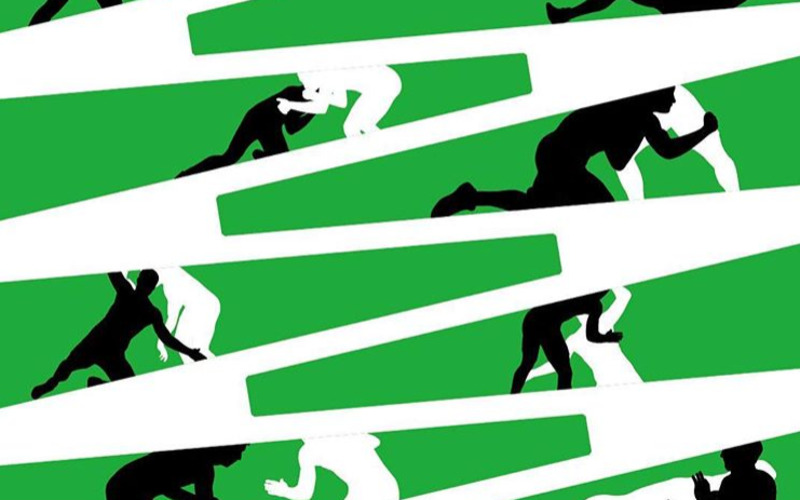 QUINTET, a grappling promotion founded by UFC Hall of Famer Kazushi Sakuraba, has taken the combat sports world by storm. The unique winner-stays-on format coupled with the team grappling aspect has made QUINTET an incredibly exciting tournament.

At QUINTET 3, UFC legend Urijah Faber‘s Team Alpha Male won big. The team featured several grapplers with MMA experience, and is, of course, an MMA gym in and of itself.

In this article, we’ll explore a new hypothetical team criterium: MMA promotions. Keep in mind, this is wholly and totally fantasy. We wish it was true, though!

– No-Gi Matches, rashguard is required
– 10 minute sub-only
– If the weight difference between challengers is over 15 kg, the match will be 5 minutes only
– No heel hooks allowed (boo)
– Limited time allowed in closed guard
– Each team has 5 members
– The total weight of the team will not exceed 420 kilograms (926lbs) – (via BJJ Heroes)

For clarification, the QUINTET rules now entail an eight minute match, with a four minute match in reduced time scenarios.

Because of the arduous weight cuts that MMA fighters undergo and the weight rules (that a team cannot weigh more than 926 total pounds and the over 20 kg match time reduction), some fighters will be considered five to ten pounds above their current weight class’ limit.

Keep in mind, weight restrictions did play a role in selecting competitors for each of the teams.

Fighters currently suspended by a governing body (such as USADA) will not be considered for this hypothetical.

For the UFC, there’s simply more world-class grapplers to choose from than we know what to do with. There is a slew of IBJJF, ADCC, and Olympic competitors in the UFC, all of whom would be perfect for QUINTET.

As such, it was incredibly difficult to put this team together. But, it was done.

Bellator MMA has quietly been putting together a talented stable of world-class prospects, many of whom are beginning to break out in a big way. Many of those prospects come from NCAA DI wrestling programs and the competitive jiu jitsu scene.

Those prospects join some of the more experienced Bellator fighters to make up this super team.

As one of Asia’s premier MMA promotions, ONE Championship has established themselves as a major player in the world of mixed martial arts. One of the organization’s primary objectives has been to add fighters elite in various disciplines, such as world-class boxers, Thai fighters, and grapplers.

Those grapplers are set to make up the ONE Championship QUINTET team.

This QUINTET would feature five (!) ADCC champions with Team UFC leading the pack with three, and there are three Gracie family members: Kron, Neiman, and Roger.

Bracket and Opening Round Matchups

Using the help on a randomized bracket generator, the following hypothetical tournament was established:

Here’s how the opening round shakes out:

Team UFC vs. Team ONE

Keep in mind, just because the grapplers are lined up across from one another does not mean they will face one another.

For example, it’s possible that a grappler at the end of the list, like Team ONE’s Ben Askren, might not even compete, should earlier grapplers like Gafurov, Tonon, and Gracie combine to take out the entirety of the opposing team.

Predictions from The MMA Sucka Staff

For some semi-expert predictions, the MMA Sucka team weighed in with their thoughts on the theoretical tournament.

I think Team UFC defeats Team Bellator in the final, largely due to Team UFC’s marked experience advantage, in the conclusion to an exciting, incredible event.

Ed Gallo: The winner of UFC-ONE takes the whole thing. At first glance, the UFC has too much firepower. When Demian Maia is your “slower, positional” guy you know that’s a dynamic squad. I struggle to see any team taking them out.

Team ONE is incredible, but Askren isn’t going to finish anyone. That’s what I’d call a speed bump.

Team RIZIN has speed bumps in Cro Cop and Cruickshank (still my bois), I would classify Chael and Chandler the same way. They aren’t submitting anyone.

In UFC-ONE, I predict double eliminations up until Oleinik-Askren, where the big dawg finishes Funky Ben, and Aoki.

On a more fun note, I’m pretty confident that RIZIN takes out Bellator with the way the lineups are set.

Connor Deitrich: I think team UFC would be able to squeeze by team ONE in the first round, while team RIZIN would get past team Bellator.

Both UFC and RIZIN would succeed with their advantage amongst the heavier grapplers.

I think Team UFC would be able to defeat Rizin in a closely contested and highly entertaining final match.

Matt Bricker: I think Team UFC can get the victory over Team ONE, though Team ONE has nothing to be ashamed of should these two teams ever meet. Guys like Garry Tonon and Roger Gracie on Team ONE could lead ANY team of grapplers in the world.

I just feel, top to bottom, Team UFC is a bit more stacked. Team UFC over Team ONE.

Team Bellator is a “who’s who” of not only some of the best grapplers in the world, but some of the biggest names in MMA. With arguably the top grappler in the game today, Rafael Lovato Jr., on your team, you always have a shot. Though young in his MMA career, Dillon Danis is no rookie in the grappling world. I feel Team Bellator can get the victory over Team Rizin with Kron Gracie, obviously, being a huge roadblock.

In the finals, I see Team UFC taking a close win over Team Bellator. The depth of Team UFC is just too much for any one team to takedown.

Kyle Volkman: Team UFC vs. Team ONE: First QUINTET match features wizards on the ground from all sorts of different backgrounds. Brian Ortega starts things off strong against Marat Gafurov. Ortega is just a bit too creative and crafty for Marat to get an advantage in this opening round matchup. “T-City” catches a triangle choke in transition and scores for Team UFC.

Up next is Ortega vs. Tonon. While Tonon does lose part of his game with the restriction on heel hooks, he’s still able to get Ortega’s back and work from there. After lots of hand fighting, Tonon gets his signature RNC against a tired Brian Ortega. Ramos/Tonon is a competitive matchup that ends in a draw.

After a back and forth battle, Jacaré and Roger also go to a draw. Despite the shortened time, Oleinik catches his signature Ezekiel Choke to an unsuspecting Ben Askren. Shinya Aoki draws out Oleinik during the shortened match, and Team UFC moves on.

Team Bellator vs. Team RIZIN: Chandler is able to impose his will on Cruikshank who succumbs to an RNC late in the opening match. Despite lots of rolling submission attempts, Tokoro is only able to draw out Chandler. Kron Gracie takes on Dillon Danis next in which Gracie is able to secure a textbook armbar. Lovato Jr. and Kron have a fun match, but draw each other out. Chael and Cro Cop also ends in a draw.
Neiman Gracie closes out the match with a submission to take Team Bellator to the next round.
Team UFC vs. Team Bellator: Ortega vs. Chandler is a strong match with a lot of time spent with Ortega working his guard and Chandler trying to work on top. Unfortunately, they both get DQ’d for too many stalling calls.
The match goes on! Former ADCC champ, Davi Ramos, is able to secure a strong takedown and progress to the back where he gets an RNC against the smaller Dillon Danis. Lovato Jr. comes out next and a tight match results in multiple stalling warnings. Time eventually runs out with Lovato Jr. working an armbar off his back.
Jacaré Souza gets taken down quickly by a charging Chael Sonnen who subsequently gets swept into an armbar via a well-timed flower sweep. Sonnen taps, and we have our fastest submission of the night. Jacaré Souza and Neiman Gracie battle back and forth but with time winding down and Souza receiving stalling calls, Team UFC urges him to work. Eventually, time expires resulting in a draw and a win for Team UFC.

But What Do You Think?

That wraps up our look at a hypothetical QUINTET, this time featuring MMA promotions. Who do you think wins?
Comment on this article
Give us feedback