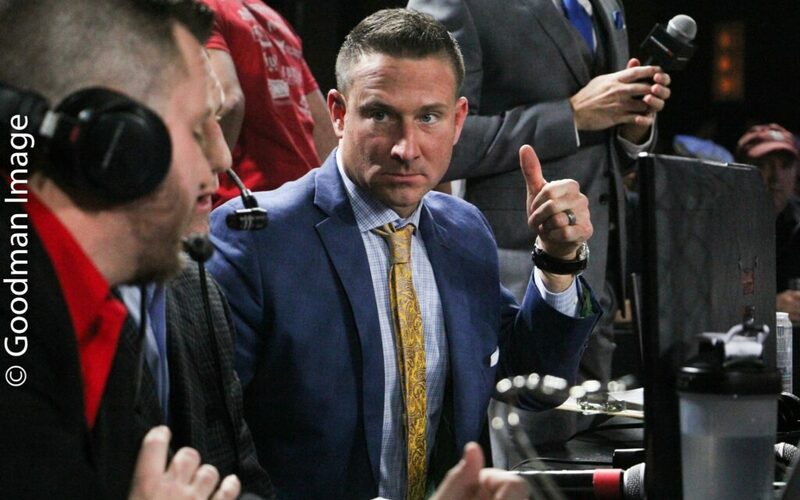 Shamrock FC has had a busy 2018 thus far: They’ve signed a short-term deal with FloCombat to stream their events, emphasized quality over quantity when it comes to fight cards and have seen the emergence of some top prospects. Shamrock FC CEO Jesse Finney discussed the state of his promotion with MMASucka.

The promotion returns on November 2 for Shamrock FC 311. The card features a main event clash between former UFC fighter James Bochnovic and Ty Flores at middleweight.

The co-main is a rematch between featherweights Sean Woodson and Rashard Lovelace. Woodson won their first encounter back in June 2017 via unanimous decision.

“Woodson beat Lovelace and he beat him in the second and third round, but Lovelace beat him in the first round,” Finney said. “It was 29-28 across the board. Lovelace was pretty much training on his own at this point and now he’s training full-time. I am super pumped for this fight.”

The other professional fight on the card is Scott Ettling vs. Eric Ellington, a grapplers’ delight. It will be Ellington’s wrestling against Ettling’s Jiu-Jitsu game.

Shamrock FC hasn’t had a professional title fight since Zak Bucia defended his welterweight title against Aaron Highfill at Shamrock FC 295 in September 2017. While that won’t change at the next event, Finney said that he has a few title fights in mind.

He confirmed Bochnovic vs. Flores is a title eliminator; the winner will fight the undefeated Johnny Eblen in early 2019 for the vacant Shamrock FC middleweight title.

Woodson, who said he should fight for the vacant featherweight title if he defeats Lovelace in impressive fashion, will get his wish, it sounds like.

“I agree with Woodson,” Finney said.  “I think Woodson’s got to be in line for the title.”

Finney also mentioned welterweight Bobby Voelker as someone who’s nearing a title shot. Voelker fought and lost to Bucia for the vacant belt, but has since gone 2-0 with two finishes for the promotion. Finney stated he’ll give Voelker one more non-title fight, and if he wins impressively once again, he’ll get a second crack at gold.

Shamrock FC has an agreement in place with Bellator where if a fighter wins and defends a title, he or she earns a Bellator contract.

Woodson and Lovelace are two of the promotion’s top featherweight prospects, Finney said. Woodson (4-0) handed Lovelace (4-1) his only professional defeat, and Lovelace will be looking for revenge in the rematch.

Flores (5-2) is another prospect Finney feels is underrated.

“Ty Flores is another top prospect that no one is really talking about,” he said. “This is a test with Bochnovic, and that’s it. The winner will probably get Eblen for the title.”

Corbin Howard, 1-0 as a pro, is a flyweight prospect who had a successful amateur run, winning the Shamrock FC amateur flyweight belt. Howard hasn’t fought since January due to schooling, but Finney said Howard will return next January. Finney called Howard an “explosive kid,” but said he needs to be tested to be considered one of Shamrock’s best prospects.

The CEO was particularly high on Eblen, who’s 4-0 as a pro with four first-round finishes.

“Johnny Eblen is probably our top prospect right now,” Finney stated. “He’s had two out of four guys tap to strikes. That doesn’t happen. We got Michael Chandler’s first pro fight and Tyron Woodley’s first pro fight. Eblen is a Mizzou wrestler as well. I don’t think he’s as explosive as Chandler or Woodley, but Eblen is on their level. He is a beast. I think he’s meaner than those two, also. Every punch he throws during ground and pound, he wants to put his fist through someone’s skull.”

Shamrock FC used to live-stream its events on its website where the standard price would be roughly $15 per event. The promotion upgraded with FloCombat, and the cost of handing the streaming responsibilities off to them has been worth it.

“The FloCombat deal’s been good,” Finney said. “Hopefully it’s building our brand a little bit. That’s the key for us. We’ve been in business for over 20 years now and if we can keep building our brand, it’ll get better. They’re sharp guys and girls over there [at FloCombat]. We don’t have to do the lifting on the stream anymore.”

Although Finney said that the promotion’s deal with FloCombat is up sometime in 2019, and said he’s been in talks with other streaming sites. DAZN, FITE.tv and network television are all options Finney’s looking into, if not remain with FloCombat.

“I hope it works out with Flo and that we can continue our partnership, but we’re exploring other opportunities at this moment,” he said.

Finney said Shamrock FC, rooted in Missouri, is looking to expand to different Midwest locations in addition to St. Louis and Kansas City. He listed Indianapolis, IN, Cincinnati, OH, Nashville, TN and Chicago as potential markets.

Back in January, Finney said he felt Shamrock FC was the third best promotion in the United States. With the founding of the Professional Fighters League, he feels his promotion is still secure as top-5 in the country behind the UFC, Bellator and PFL.

Finney will look to cement that by adding more shows to his 2019 schedule while avoiding sacrificing the quality.

“We’ll keep making better fights, better shows,” he said. “I’d like to get back to 16-18 shows in a year and at least one more new market.”