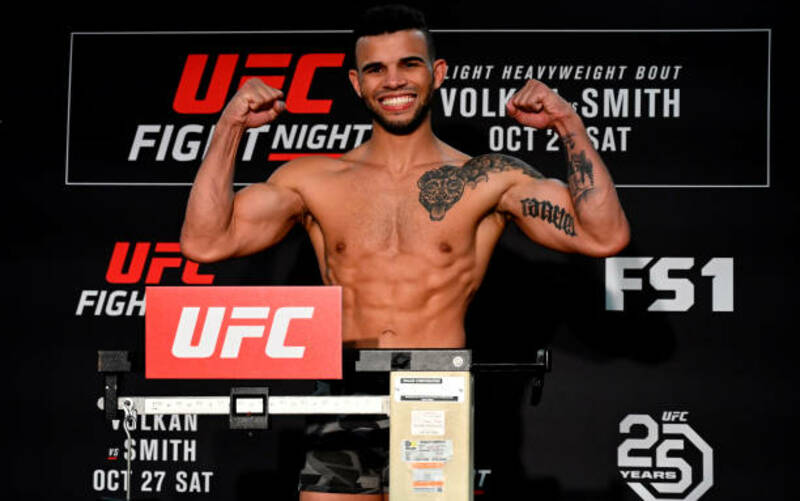 Listen, we get it. In today’s 24/7 news cycle, you may not have the time to delve deep into each and every fight of each and every event. You might not even have time to read an in-depth preview.

Well, we here at MMASucka have got you covered. In this article, we’ll break down all the fights to keep an eye on in under seventy-five words. Welcome to the Bite-Sized Preview: UFC Moncton edition.

Ray is on a two-fight skid, having lost via knockout to Paul Felder and via a contentious split-decision to Kajan Johnson. He’ll look to get back to his winning ways against Ayari, but that will be no easy task.

Ayari, 26, entered the UFC on a six-fight winning streak. He’s 1-1 in the UFC with a loss to UFC star, Darren Till.

Singh Bhullar dropped a shocking upset loss to Adam Wieczorek in his last fight, spoiling his undefeated record. He aims to best the prospect, Golm, to get back in the win column.

Last week of work with my guy @JayJauncey

Golm, 26, had his heavyweight hype train derailed by the gritty Tim Johnson. He’s won all of his victories by stoppage, and he is set on rightening the ship against Singh Bhullar.

Te “Tango” Edwards (6-1) and Don “Magic Man” Madge (7-3) is a sleeper for FOTN. While both fighters will be making their UFC debuts, their records reflect penchants for stoppages.

In fact, neither fight has won a fight with anything other than a finish. Edwards has all knockouts, while Madge has four KOs and three submissions.

Edwards punched his ticket to the UFC on the Contender Series, and Madge came up through South African promotion EFC.

That concludes a Bite-Sized Preview for the Fight Pass Prelim portion of UFC Moncton. This part of the event will air on UFC Fight Pass on October 26.