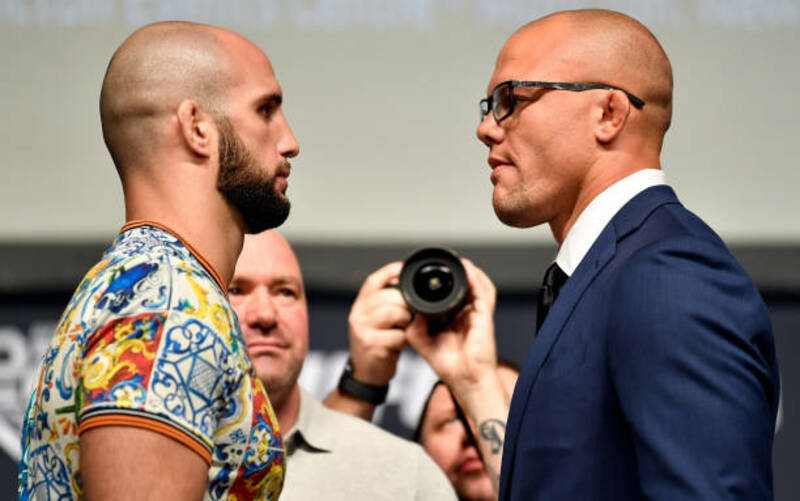 Follow along with MMASucka as we provide you with full, live updated UFC Fight Night 138 Results.

The UFC heads to New Brunswick, Canada for the first time ever for UFC Fight Night 138. In the main event, light heavyweights Volkan Oezdemir and Anthony Smith collide in a fight that seems sure to not go the distance. “No Time” returns to the octagon for the first time since he failed to capture the title off of Daniel Cormier. “Lionheart” is coming off of a brutal knockout of Mauricio Rua at UFC Fight Night 134.

In the co-main event, Artem Lobov will take on late replacement Michael Johnson in featherweight action. Johnson missed weight and will be fined 20% of his purse. Lobov, to show respect to Johnson for taking the fight on short notice, said he will return the money back to Johnson.

Elsewhere on the card, Misha Cirkunov looks to break a two-fight losing streak against Patrick Cummins. Andre Soukhamthath looks for a much-needed win against debuting bantamweight Jonathan Martinez. In the first of three light heavyweight fights on the evening, Gian Villante takes on Ed Herman. And, to open the card, welterweights Alex Garcia and Court McGee collide.

Anthony Smith def. Volkan Oezdemir via Submission (Rear-naked choke) at 4:26 of Round Three

Misha Cirkunov def. Patrick Cummins via Submission (Arm-triangle) at 2:40 of Round One

Sean Strickland def. Nordine Taleb via TKO (Punches) at 3:10 of Round Two

Calvin Kattar def. Chris Fishgold via TKO (Punches) at 4:11 of Round One

Don Madge def. Te Edwards via KO (Headkick and Punches) at 0:14 of Round Two