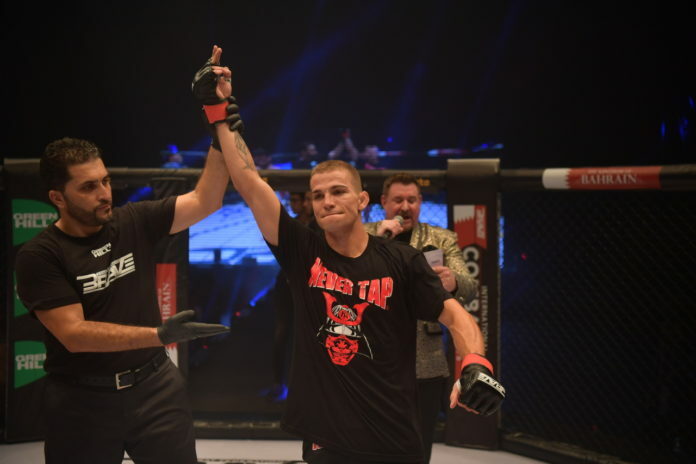 The first ever international MMA event in the history of Saudi Arabia got its main event of the evening. Brave 21, that will be held on December 28 at King Abdullah Sports City in Jeddah, is going to feature the featherweight bout between Jeremy Kennedy and Marat Magomedov as the headliner.

Kennedy, 26, beat Italy’s Danyel Pilo in his Brave CF debut last August, in Morocco. The Canadian star has a professional record of 12 wins and only one loss.

His opponent, Russia’s Marat Magomedov has a similar record, with 10 wins, only one defeat, and one draw under his belt. Magomedov also comes from a promotion debut win, in his case, over Luke Adams, at Brave 12, in Indonesia.

Both Kennedy and Magomedov are pointed out as two of the most prominent names in the featherweight division and the bout has been hinted as a title eliminator for the recently-crowned champion Bubba Jenkins.

Brave 21 will set a record for Brave Combat Federation and the MMA industry as a whole. The event will be the 12th of the year for Brave CF, before the promotion turns 3-years old, and will take place in the 12th different country. The world tour over the last months included stops in Jordan, Brazil, Indonesia, Northern Ireland, Morocco, Colombia, UAE, Pakistan, Bahrain, and the upcoming cards in South Africa and India.