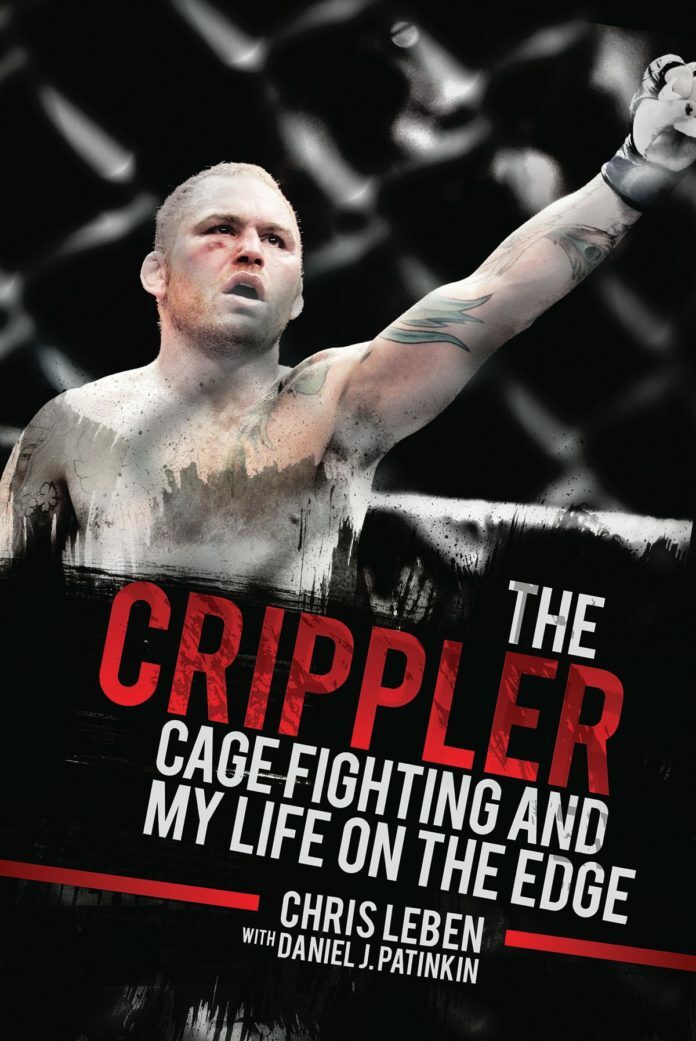 Chris Leben recently fought in a bare-knuckle boxing match against Phil Baroni. He was able to finish Baroni with his trademark left hand early in the fight. Seeing Leben compete brought back memories of all the fun I used to have watching him compete in MMA. It also reminded me that I hadn’t yet read his book, The Crippler- Cage Fighting and My Life on The Edge. It had been sitting on my bookshelf for the last year. Within a few days of the revelation, I finally cracked it open. It did not disappoint.

The Crippler – Cage Fighting and My Life On The Edge

It’s no secret that Chris Leben had a rough childhood. As we all learned from his stint on season 1 of The Ultimate Fighter, his father had little to no involvement in his life. His book delved into some of the experiences that made his childhood chaotic—this includes previously unknown details of his tumultuous relationship with his father

We also get to catch a glimpse of Leben’s relationship with the UFC behind closed doors—how he handled his failed drug tests, his tearful admission to then-boss Dana White when asked if he was addicted to pain pills, and how Dana, for all of his faults, became somewhat of a father figure to Chris.

One tidbit that stood out to me was the fact that prior to his UFC career, Leben was former military. Even more surprising was the fact that he was dishonorably discharged from the military after going AWOL. For those who don’t know, “going AWOL” (absent without leave) means he essentially ran away from the military. Varying on severity, this is an offense with a maximum penalty of 5 years confinement. It’s a serious offense and it isn’t taken lightly.

Chris also talks about most of the stuff you would expect: his domestic disputes, street fights, getting arrested, drugs, alcohol, etc. But it wasn’t all bad. Chris’s over-the-top nature came in handy when he and a friend saved a mans life who was being beaten and stomped by a group of three men. I won’t give all the details away, but let’s just say Chris did not use his power of verbal negotiation to end that beat down. In the midst of the madness, “The Crippler” was the ultimate anti-hero.

The Writer Who Worked With Chris

Daniel Patinkin, the individual who worked with Chris to transcribe this book, shared his own perspective on the colorful fighter. Patinkin was surprised to know that Chris is fascinated by complicated subject matter such as quantum physics. Even more surprising was the amount of information he had retained from watching documentaries on the topic.

Chris Leben was/is not a saint. His book isn’t a glory story that paints him out to be the good guy. It doesn’t paint him out to be the bad guy either. This book encompasses a history with highs and lows. Chris also details his introspective regret that came along later.

I encourage fans to give this book a read. Anytime I picked the book up, I questioned why I had ever put it down. Along with the entertainment, you’ll also get the opportunity to read about one of the characters who helped to build our great sport.