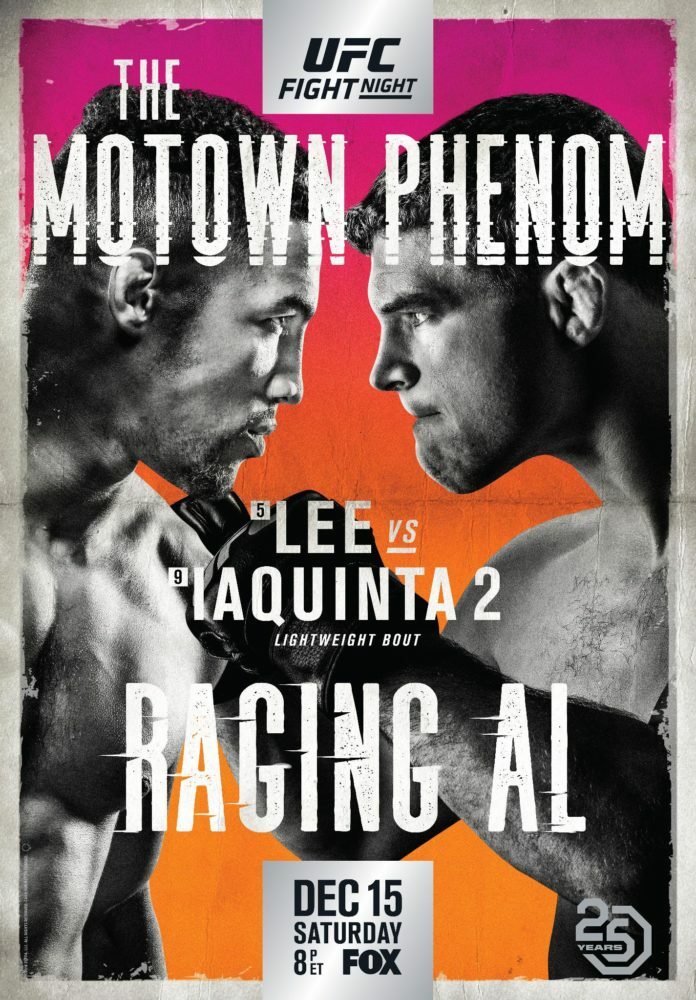 UFC on FOX 31 goes down this weekend live from the Fiserv Forum in Milwaukee, WI! In the main event, lightweights Al Iaquinta and Kevin Lee will go to war in a UFC 169 rematch. Underneath the pair, all over the card, people are wanting to make a mark with promoters and fans. With uniforms now de rigeur for UFC athletes, one of the few ways they have left to stand out as individuals is with walkout music. Some have a had low-energy entrances. Others just need a boost for their UFC on FOX 31 walkout songs. That’s why I’m here. As MMASucka.com‘s resident musicologist, I’m here to offer suggestions that would help these fighters become more memorable as a brand. I’m even doing it publicly, for your entertainment. So, without further ado, here… We… Go!

What she last walked out to: “Holy Diver” – Dio

What she should walk out to next: “Holy Diver” – Dio OR Killswitch Engage

There are rare occasions where a fighter should be encouraged to keep their last walkout song. Andrea “KGB” Lee, walking out to Dio’s “Holy Diver” is one of those cases. A song about finding out truth behind outward appearances, the song takes on an even deeper meaning as this is Lee’s first fight back since being viciously assaulted by her husband. Things aren’t what they appear, and Lee is the truth that’s strong as steel. However, if she wants to update it a little, then the crushing and equally powerful cover by Killswitch Engage is also an option. You can hear both versions of the song below.

What he last walked out to: “Stranglehold”- Ted Nugent

What he should walk out to next: “The New Black” – Strapping Young Lad

This is getting ridiculous. Is Zak “The Barbarian” Ottow trying to make a gimmick out of using other people’s signature walkout songs? At UFC 222, he walked out to “Gimme Shelter” by The Rolling Stones, the signature entrance of “Minotauro” Nogueira. Then, at UFC Fight Night 133, he walked out to “Stranglehold,” Joseph Benavidez’ long-time walkout song. You can’t keep trying to get a cheap pop, you have to stand out from jump. If he wants an entrance with serious power, then the planetarily heavy groove and stomp of Strapping Young Lad’s “The New Black” is Ottow’s ticket. You can hear it below.