Gregg Ellis on Titan FC 51 Match: “I’m looking at this as a UFC debut” 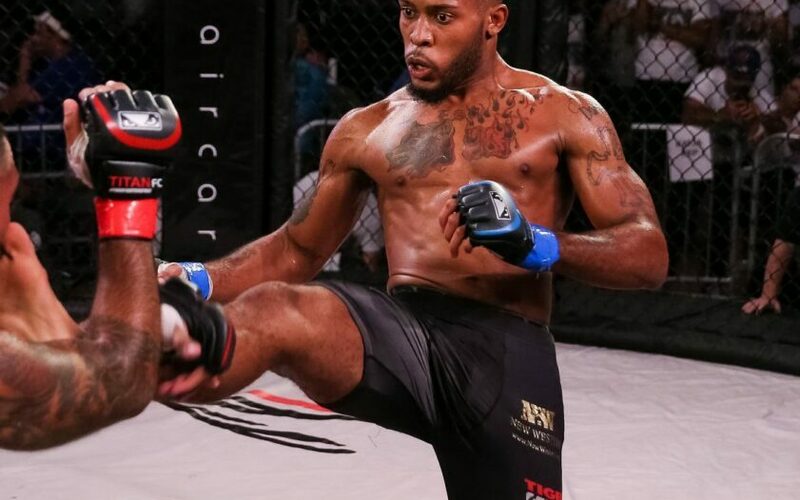 Titan FC 51: The Battle of Kazakhstan kicks off December 21st, at 9:00 am ET. The main card features a match involving rising prospect Gregg Ellis (4-0 MMA), who is looking for his biggest win to date. He is taking on former UFC competitor Mike Graves (6-1-2 MMA) in the second match of the main card.

This fight will truly determine how good Ellis is. In his previous four battles, he has been able to win his matches decisively in every fashion. His current four-fight win streak began in 2017, where he earned a majority decision victory over Gabe Barletta at RFC 40. Ellis is looking to continue his momentum with his fifth straight victory over his biggest opponent to date.

Mike Graves had an impressive resume in the UFC. He went 2-0 with the promotion before being released. Graves even had an exhibition fight during this tenure in The Ultimate Fighter Season 21, where he lost a competitive majority decision to Kumaru Usman. Ellis will be looking to leverage all of that as a means to prove that he is a force in the welterweight division.

“I’m looking at this as a UFC debut, honestly. This guy, he’s been there. My plan is to get to the UFC, so by taking him out, that will build my [confidence]. Not that I need my confidence built anymore because I know I’m ready for the show but that will shoot me over”. Ellis began telling MMASucka.

“100% my hardest fight. A really talented wrestler, but we have some tricks up our sleeve and we plan on making an exciting show for Titan FC 51” he added. “We’re focusing on his wrestling. We know he’s a talented wrestler. 14 fights combined [amateur & professional] and never lost one. 14-0 combined so we’re changing nothing”.

Eyes fixed on the UFC

Titan FC is a great organization. They host some great events and a lot of their fighters make successful transitions in the UFC. Gregg Ellis is hoping that this event will have lots of scouts from the UFC tuning in.

“It’s definitely worth extra eyes. If not, after the fight it will be. It’s definitely a big opportunity for myself. I’m taking it more than I ever took a fight, more focused on it, doing more than I’ve ever done. Should be a good put out for me”.

When asked about the hype surrounding him, Ellis remained cool and calm. Even with bigger MMA outlets writing about him and speaking of his performances, Ellis is just focused on performing and not letting the hype cloud him.

“I try to keep it as humble as possible” Ellis stated. “At the end of the day, I’m a fighter, just like any other fighter. I put the work in before anything else. Before I get there, I’m more so focused on the work and the task at hand. Like I said, I always put the work in and I can lean back on that work I put in. It’s never too much pressure, they’re expecting a lot of pressure here, but I rise to the occasion like I always do and get the win”.

It seems like the future for “The Greatest” is promising, but he has a tough task at hand. Titan FC 51 is THIS Friday and it kicks off at 9:00 am ET at the Almaty Arena in Almaty, Kazakhstan. Stay tuned for updates and the most recent news from MMASucka.