Introduction: I have been a long-time subscriber, fan, and supporter of the UFC Fight Pass streaming service. Over the past couple of years, I’ve tracked UFC Fight Pass-related news and announcements via my twitter account (@volkstyles). Now, I’m starting a series to track that news in a succinct way. I also use plenty of embedded links to keep your experience as seamless as possible. If it interests you, feel free to follow along…

Titan FC 51 was only Titan Fighting Championship’s fourth event of 2018. Titan FC’s executives took a six-month break between their 50th and 51st events to take a renewed approach to promoting the events for the Flordia-based promotion. Part of that was taking things international. Titan FC 51 in Kazakhstan was their first event outside of Florida since March 2016 and their first event ever outside the U.S. They have been alluding to a huge 2019, and that definitely looks to be the case. 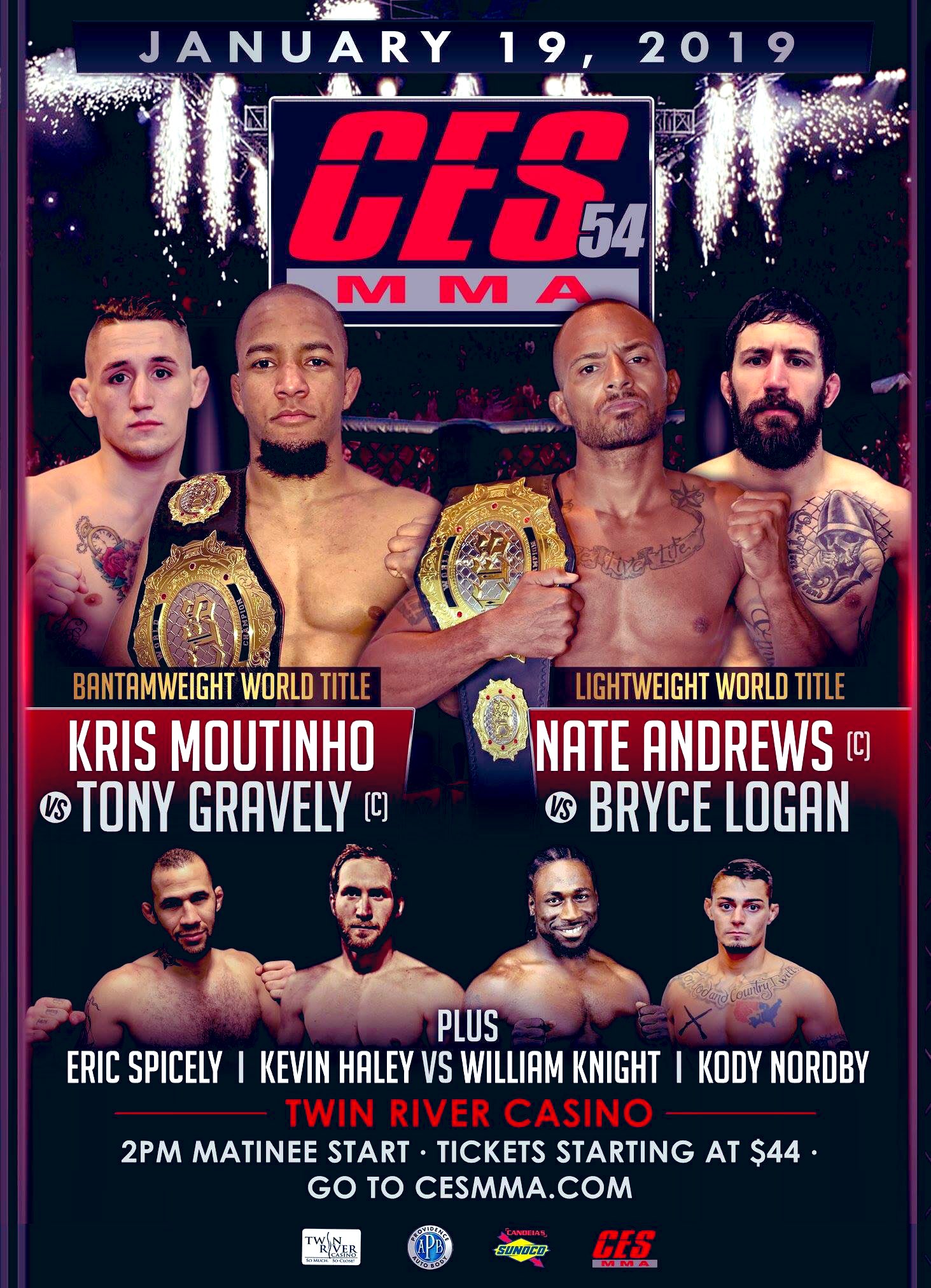 CES 54 is scheduled for January 19, 2019, and it’s headlined by a LW title fight between champ, Nate Andrews, and Bryce Logan. It has not been confirmed yet whether the event will be the promotion’s live debut on UFC Fight Pass.

On Christmas, Jimmy Burchfield Jr (VP of CES MMA) said this on Twitter (see below). Expect the “gift” to be a UFC Fight Pass live stream of CES 54.

On December 20, QUINTET Team Grappling announced that it will start its 2019 campaign on February 3 in Japan, and will be an all-female Fight Night event.

In 2019, QUINTET will hold a minimum of 10 events across Japan, South Korea, the UK, and the US. QUINTET 4 is slated for April or May. 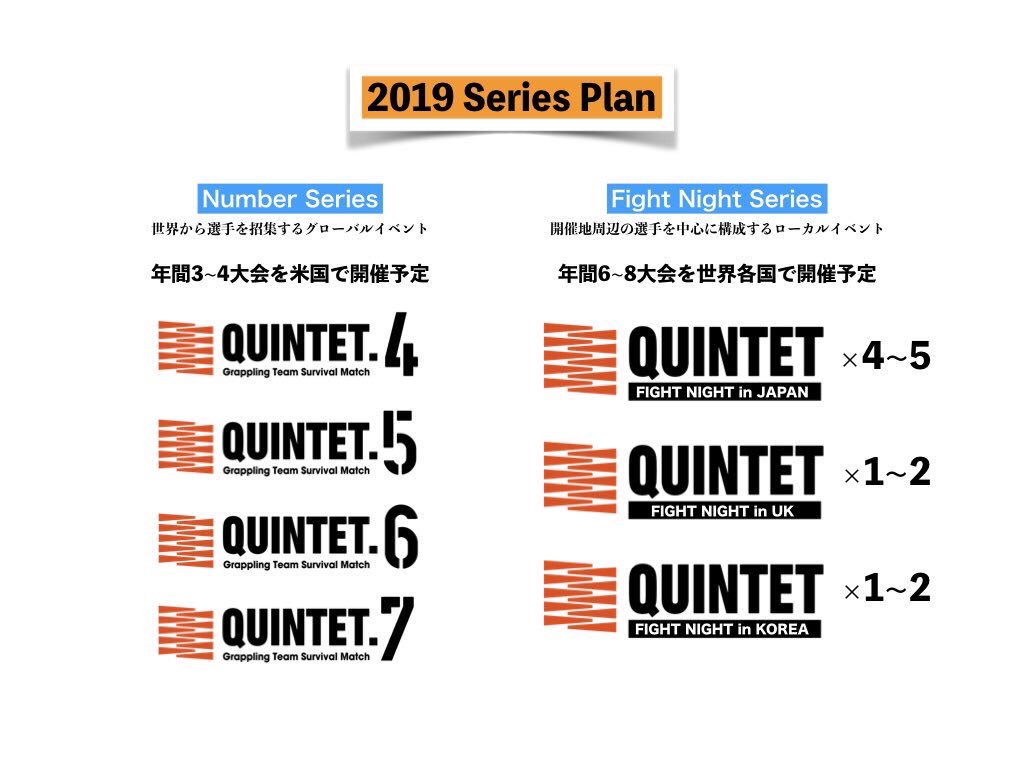 Increase in number of events next year from both @PolarisProEvent and @quintet_pr – the @ufc are stepping up their support of #BJJ/#Grappling in a big way through @UFCFightPass. Fantastic news for the sport. #UFC

December 14 – Watching multiple streams at once being developed and “big, big things” coming in a matter of weeks and effective in January 2019.

WXC MMA is still working through streaming options for its WXC 75 event scheduled for February 1, 2019.

Next, Rise of Champions is a new amateur and professional MMA promotion led by former UFC fighter, Brad Pickett. Started in 2015, ROC started a VOD deal with UFC Fight Pass in fall of 2017 with ROC 4. Rise of Champions held two events in 2018.

Finally, LUX Fight League is an interesting case. UFC Fight Pass has yet to announce its relationship with the upstart Mexican promotion despite adding two of LUX’s events to the service in late October of 2018.

NEW PROMOTION ON #UFCFightPass!
What’s that? FP striking deals and adding content without telling anyone?

Jokes aside, FP has silently added @luxfightleague to its fight library under its #FightPassFocus umbrella. It’s a 2017 upstart Mexican promotion. (h/t @Themotherfcker) pic.twitter.com/OKmS7GKA05

Although the event will be recorded and distributed purely in Spanish, it features great fights and exciting prospects. Think Combate Americas with smaller aspirations. LUX Fight League 004 should be uploaded to UFC Fight Pass within a couple weeks after the event.

On December 21, Karate Combat outlined its 2019 plan. The promotion – which only began in 2018 – is planning an ambitious sophomore year with a structured championship series. Karate Combat is having 10 events with all featuring championship and challenger bouts starting with LA on January 24, 2019. Click here for more info. Video Teaser

Want to know what's happening with Karate Combat next year?

Click below to find out everything we got planned for 2019!https://t.co/2dPhbCo1ZH

On Christmas Eve, the UFC Fight Pass team unveiled their newest original series: “UFC on the Line.” It will be interesting to see how this series will go – whether it will be for every UFC event or just for every numbered PPV.

Check out an all-new show on #UFCFIGHTPASS "UFC On the Line" breaking down the betting lines for our biggest UFC fights coming up at #UFC232! Featuring @bisping @BrendanFitzTV @jsimbal & @Greek_Gambler!

Jonathan Haggerty Unimpressed With Amir Naseri Trash Talk: ‘It’s Only Going To Make Me Want To Hurt Him Even More’