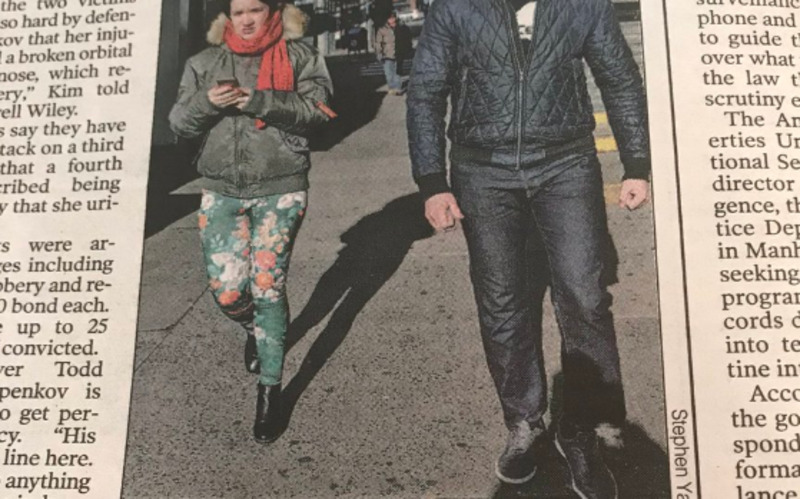 On Christmas day, the New York Post ran a story about two individuals alleged to have committed at least eight brutal robberies. According to the original article (Posted to nypost.com at 6:14 PM (EST) on December 25), the man involved was a UFC fighter. Except, he isn’t.

Prosecutors allege that Alexander Popenkov and his wife, Maryana Kayumova, targeted sex workers in a string of thefts. Court documents claim the duo made fake appointments with the workers only to subsequently beat and rob them.

Many sex workers in the area are Russian immigrants. According to the prosecution, they targeted sex workers due to perceived reluctance from the women to come forward. Coupling their immigrant status with their illegal activity makes these people susceptible to such crimes.

The Post erroneously claimed Popenkov was a “UFC fighter”. However, the Russian has never fought for the U.S. based promotion. UFC lightweight Jared Gordon, a New York native, slammed the Post’s claim on Twitter.

@newyorkpost claims this guy is a @ufc fighter. This duo beat and robbed sex workers. This guy Alexander never fought in the UFC or any organization. Stop giving fighters a bad name and get your facts strait before you just spew nonsense. This article was in the post this morning pic.twitter.com/bEeDn9y4Y4

Searches of Popenkov’s name on Sherdog and Tapology, yield no results. This indicates Popenkov has likely not had a professional martial arts career, let alone a UFC contract. A Google search of Popenkov’s gave barely any information. The search displayed the Post’s article, several social media platforms of users with the same name, and a Yelp page for a UFC Gym in Brooklyn, New York.

It appears as though Popenkov works as a trainer at the Brooklyn UFC Gym. A far cry from competing inside the octagon.

The Post has since edited the online version of the article. A new headline appeared entitled “‘Bonnie & Clyde’ duo allegedly hunted down sex workers to beat and rob.” The article instead now claims Popenkov “is trained as an MMA fighter.” Walking back its earlier assertion that the trainer was a “UFC fighter.” 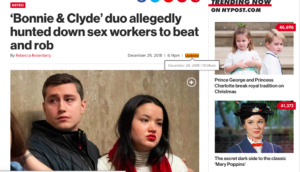 The re-release of the article came at 10:06 AM (EST) on December 26. Just twenty-five minutes after Gordon’s tweet. A tweet which has garnered twenty-eight “retweets” and seventy-one “likes” at the time of this writing.