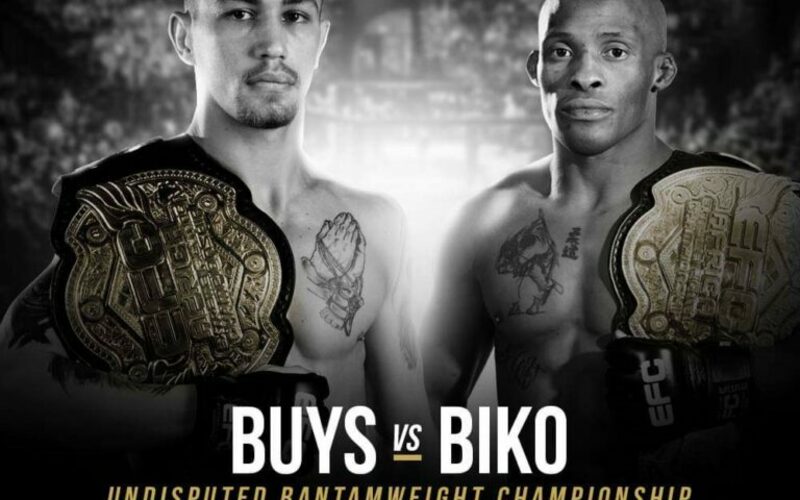 Buys won the title in April 2018 as he defeated Philippe Rouch via first round mounted guillotine choke at EFC 69. Since then Buys has not competed for EFC but did emerge victories at Brave CF 19 in October of the same year defeating Gamzat Magomedov. Buys is currently 6-2 in his professional career winning five of his last six contests. His sole loss in that time frame came to Joby Sanchez on the Dana White Tuesday Night Contender Series show.

Biko is currently 5-1 in his professional career winning his last five straight and competing under the EFC banner for every single bout. The interim title was created for the bout between Biko and Cal Ellenor which took place at EFC 75 in November 2018. Biko pulled out the victory by way of unanimous decision.

Both fighters are young in their careers. The evolution in their game can be seen in each contest. EFC has quite the main event lined up for April’s card which will more than likely appear on Fite.TV. Make sure to follow MMA Sucka as we will have live results and full reviews of all EFC Worldwide events for 2019.