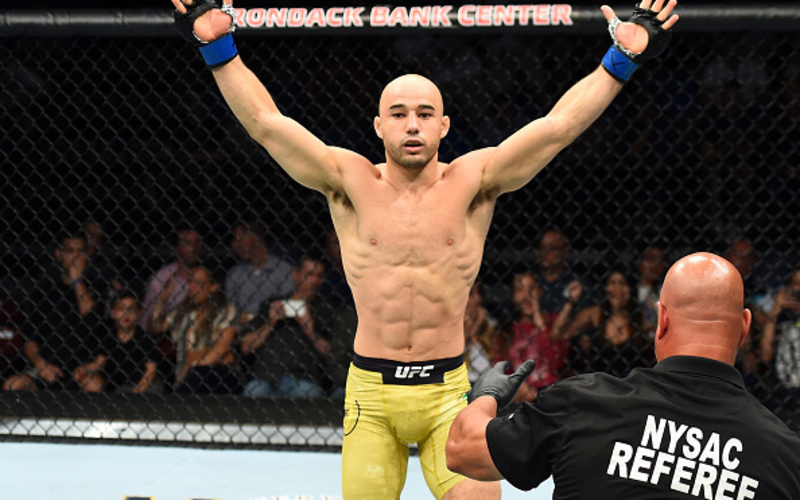 The rematch. These two men took part in a close encounter in Rio de Janeiro at UFC 212. Raphael Assunção took the first fight via split decision, handing Marlon Moraes a loss in his UFC debut. They meet again at UFC Fortaleza.

Since their last fight..

Former WSOF bantamweight champion Marlon Moraes has gone 3-0 in the UFC. His last two wins came in a combined 1:40. Moraes also received Performance of the Night honors in both fights.

These victories came against legitimate contenders in Aljamain Sterling and Jimmie Rivera (who was riding a twenty fight win streak at the time), the rematch with Assunção is well deserved. The #3 bantamweight in the world, Assunção has gone 2-0 since picking up the win at UFC 212.

What’s next for the winner?

In what is being dubbed as a #1 contender fight for TJ Dillashaw’s bantamweight belt, these two fighters will do everything possible to get the win. Whoever wins shouldn’t pass up the opportunity to call out TJ and welcome him back to 135. With a combined record of 48-10, we can expect nothing less than a high level stand up battle, much like their previous encounter. Their previous fight was kept standing, so stand up fanatics should be sure to tune into this one.

One thing that we can expect from this fight is that it’ll be quick, technical and full of fireworks.

Before Assunção and Moraes throw down in the main event, UFC fans are treated to another all Brazilian affair. Former UFC featherweight champion Jose Aldo takes on rising contender Renato Moicano.

Moicano on the rise

Sitting at 5-1 in the UFC, with his only loss coming at the hands of ‘T-City’ Brian Ortega (who just challenged Max Holloway for the belt), it could be hard to deny Moicano a shot at the champion if he is able to get through Aldo this weekend. There aren’t a lot of options for Holloway at 145lbs, so Moicano could be next with a win this weekend. Remember, Moicano was the backup fighter for the main event of UFC 231. This clearly shows that the UFC is high on him. He did however miss championship weight on this occasion, weighing in at 146lbs, one pound over the championship limit.

Last time we saw Aldo he was coming off two KO losses, but he was able to roll back the years. Rebounding from defeat, Aldo got the victory over the always game Jeremy Stephens. Keeping the fight standing Aldo finished Stephens with a sublime body shot in the first, proving that he still has it. Aldo will be the most experienced fighter Moicano will have faced. Will this experience be the difference on Saturday night and will we see the Aldo of old return?

Are we going to see Moicano emerge as the #1 contender with a victory in this fight? Or will he have to beat another top 145 veteran like Frankie Edgar to cement his place at the top? Or will it go the way of the veteran Aldo proving that he still has what it takes to reign over the 145lb division again?

Fight to look out for: Oliveira vs Teymur

This fight is going under the radar, however it promises to be an exciting encounter. This is a classic striker vs. grappler fight, having the fans intrigued as to how it’s going to go.

Since his return to lightweight in 2017, Charles ‘Do Bronx’ Oliveira has gone 4-1, with all wins coming by way of submission and all receiving performance of the night bonuses. On top of this, he broke and extended the UFC record for the most submission wins in history, proving that you don’t want to hang with him on the ground. Oliveira is also staying active, having beaten Jim Miller on the UFC’s last card on Fox in December.

TUF 22 contestant David Teymur is no slouch however, going 5-0 in the UFC since his debut in 2016. Teymur is always game to fight, receiving Fight on the Night honors against Lando Vannata at UFC 209. With a 39-2 kickboxing record, we can expect Teymur to try to keep this fight on the feet. The brash Swede has an exciting style which is sure to keep fans on the edge of their seats throughout.

With both of these men riding winning streaks we may just see the winner of this fight break into the top 15 at 155.