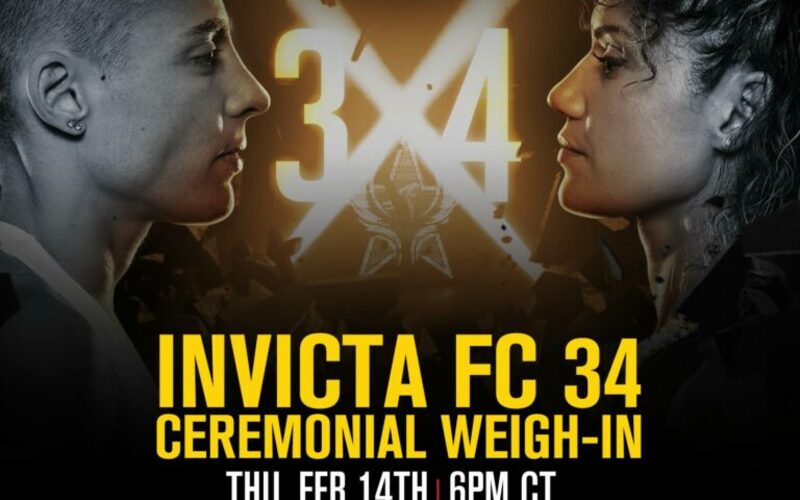 Invicta FC 34: Porto vs. Gonzalez is set to take place Friday, February 15, 2019, from the Memorial Hall in Kansas City, Kansas. The seven bout card will be headlined by a flyweight title fight with Brazilian veteran Vanessa Porto and former UFC veteran Pearl Gonzalez. The beginning of a four-women number one flyweight contender tournament is set to kickoff with Milana Dudieva taking on Karina Rodriguez in the co-main event while Miranda Maverick battles DeAnna Bennett on the other side of the bracket. Also in action is EBI 18 champion Erin Blanchfield and the Knoxville Martial Arts Academy fighter Christina Ricker making her Invicta FC debut.