Event TV Global is hosting can’t-miss, regional MMA action with California Xtreme Fighting 17. Headlining the card is crafty MMA veteran, Fernando Gonzalez (27-16, 7-2 Bellator). Gonzalez is trying to find redemption after two consecutive losses, his first losing streak since February of 2014. He’s recently taken to Twitter to campaign for a spot in the PFL Season 2 Welterweight Tournament, so he is looking to make a statement. Gonzalez is facing Gabriel Checco (10-3)

Im down to put on a show for the fans @SugarRaySefo https://t.co/GX5kpdYCNS

Gabriel Checco (10-3) has been fighting hard in the American regional MMA scene since October of 2014 after earning a 7-0 professional record in Brazil. He went 3-2 in the Resurrection Fighting Alliance over the next two years. After nearly a two-year layoff, Checco headlined LFA 39 opposite future UFC fighter Ian Heinisch. He unfortunately dropped that bout by 1st Round KO, but he’s eager to get back into the win column.

Follow along with MMASucka as we provide you with the results from CXF 17.

In his post-fight interview, Gonzalez said that he had to be more cautious fighting a bigger guy. He will drop back down to 170 for his next bout and is eager to fight again soon. He wants to put on a more exciting performance against guys his own weight in his next bout.

Musa Toliver was not medically cleared. Serob will return to the next CXF event in May.

145: “The Alpha Ginger” Hunter Spike Carlyle (6-1) def. Fernando Padilla (12-4) by unanimous decision (29-27, 30-26 x2). Carlyle had back mount multiple times in the fight unloading GnP (that wasn’t quite “fight-ending”) with no answer from Padilla. At one point, Carlyle was playing the bongos on Padilla’s back and rib cage! 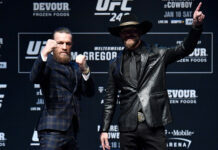 UFC 246 Press Confrence In A Nutshell 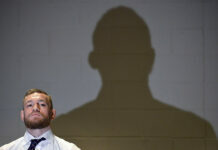 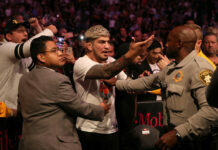 Conor McGregor could be without Dillon Danis at UFC 246