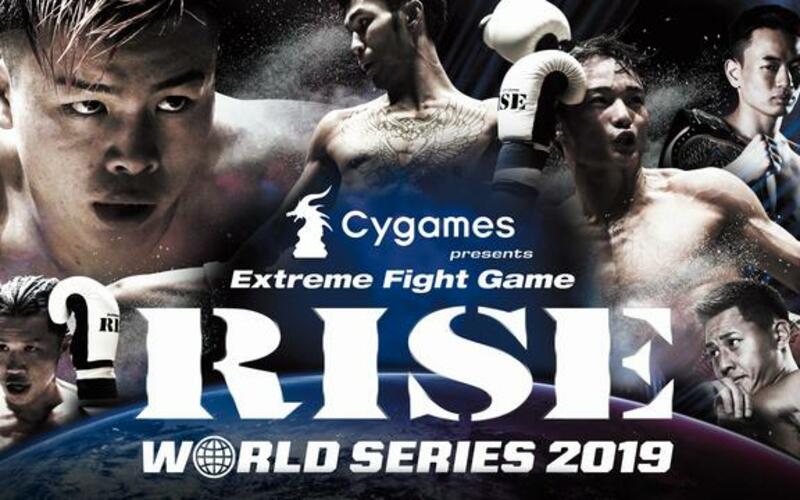 What a card RISE put together for this one!

Tonight, live from the Ota-City General Gymnasium in Tokyo, Japan, the organization launches RISE World Series 2019 with their 1st Round match-ups.

Over the course of 2019, RISE will complete tournaments at both 61kg and 58kg, and the eight quarter-final match-ups take place here tonight. Along with this, there will, of course, be some regular kickboxing superfights, as well as a tournament reserve bout.

The show will be headlined by Japanese phenom Tenshin Nasukawa as he takes on Federico Roma in one of four 58kg tournament quarter-final bouts. Also in that tournament field; Shiro, Vladyslav Mykytas, Rungkit Wor.Sanprapai, Fred Cordeiro, Suakim PK Saenchaimuaythaigym, and Thalisson Gomes Ferreira.

A 61kg tournament reserve bout between former RISE tournament winner Kento Haraguchi and Miguel Martinez will also take place. The Japanese fighter, Haraguchi, fought Taiga to a draw at RIZIN 13. The show will be available to watch on Fite TV with English commentary.

Check out the full RISE World Series 2019: 1st Round card below, this will be updated with results. 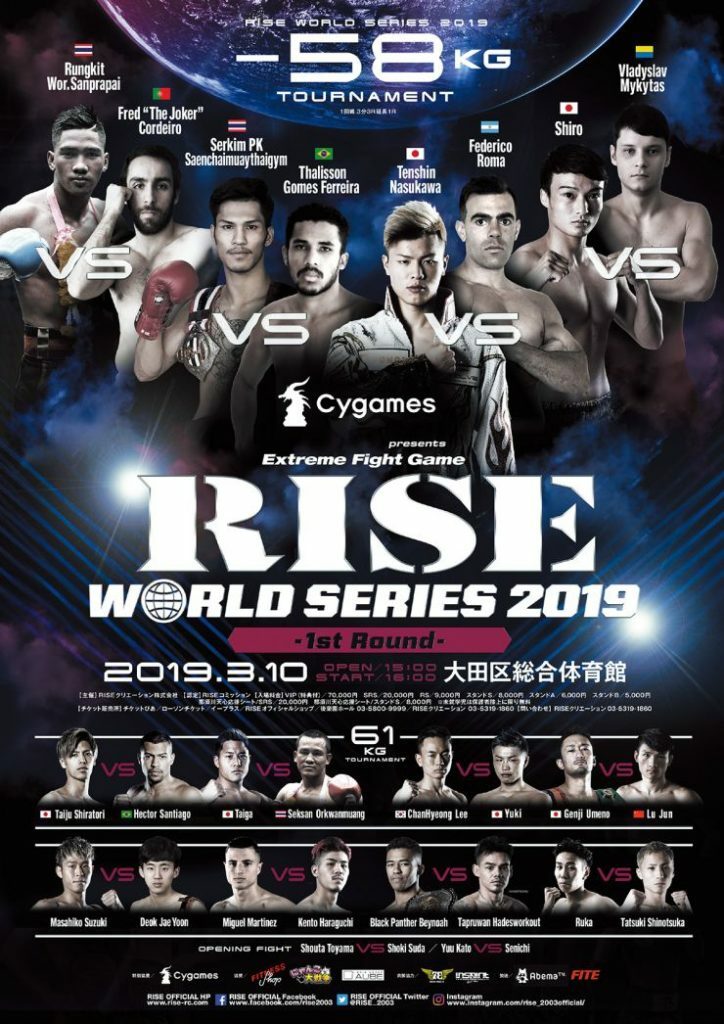