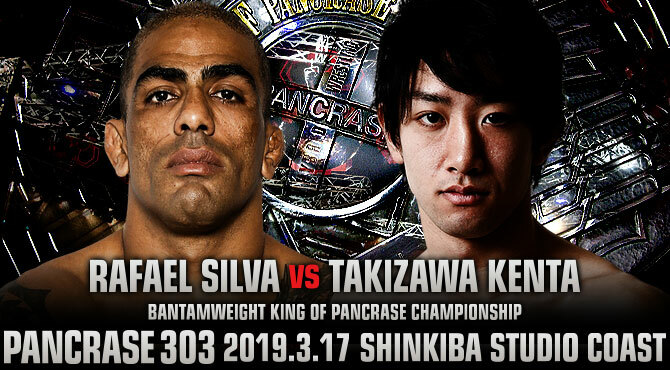 Japan’s long standing, premiere fight organization is back as Pancrase takes over the Studio Coast arena in Tokyo, Japan.

Pancrase 303 is topped by a bantamweight King of Pancrase bout featuring veteran Brazilian grappler Rafael Silva as he defends his title against Kenta Takizawa.

Silva returns after defeating Japanese pioneer Masakatsu Ueda last year for the second time, and retiring him. The Brazilian is 8-2 in his last ten, only losing to Shintaro Ishiwatari and Darrion Caldwell.

Opposite the Brazilian and his stellar ground game is Kenta Takizawa, a young knockout-artist.

All but two of the 24-year-old’s ten pro bouts have been in Pancrase. He enters this title fight after winning two-straight by way of second-round KO. Those wins came against solid opposition in the form of Toshinori Tsunemura and Hiroyuki Oshiro.

Check out the full card below that will be updated with results as the event progresses.