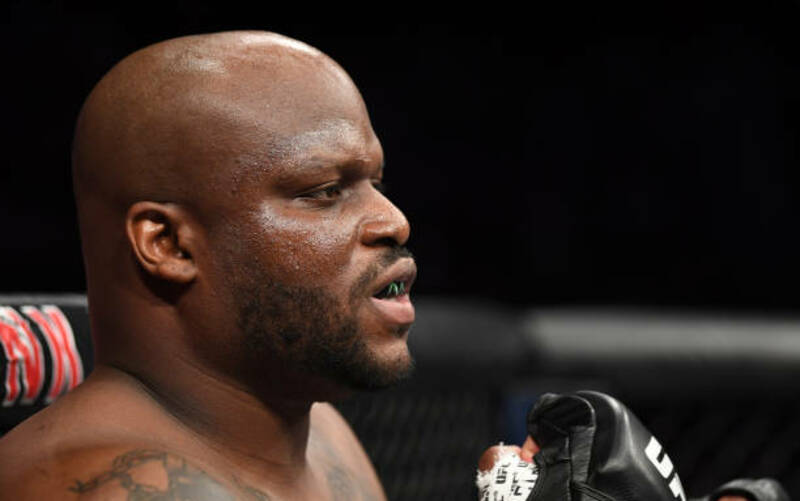 According to a report from ESPN’s Ariel Helwani, former UFC heavyweight title challenger Derrick Lewis is set to undergo surgery on his injured left knee next Tuesday.

Following his most recent fight, which ended in a second-round stoppage defeat to Junior Dos Santos, it was revealed that Lewis had been battling a knee injury prior to the bout. That injury was apparent in the fight, as Lewis informed Helwani that he felt his knee “go out on me” in the second round.

What’s more, however, is that it doesn’t appear as if this injury was suffered recently. In fact, this injury seems to have occurred back in 2015.

According to the report, Lewis was informed just two weeks prior to his fight against Dos Santos that he had suffered a torn ACL. It was deemed by the doctors and the UFC, however, that he was able to fight through it.

And as it turns out, Lewis has actually been fighting through it for years. The doctors seem to believe that Lewis tore his ACL, along with his MCL and his meniscus, during a 2015 bout against Ruan Potts. It was a kneebar attempt that is believed to have caused the damage.

What’s remarkable, is that Lewis not only went on to win that fight against Potts, but that he’s been quite successful in the years since despite the injury.

Since that fight against Potts, Lewis has competed in the Octagon 13 times, compiling a 9-4 record. During that stretch, he’s picked up seven victories by way of T/KO and has earned wins over the likes of Roy Nelson, Travis Browne, Francis Ngannou and Alexander Volkov. In addition, he challenged Daniel Cormier for the heavyweight title late last year.

Moving forward, Lewis told Helwani that expects to be sidelined for around six months following his surgery.

At 34-years-old, Lewis remains a fan favorite and one of the most powerful punchers in the division. It’s unclear though if he’ll ever possess the well-roundedness needed to reach the peak of the mountain. But, perhaps a healthy Lewis will prove to be even more dangerous.

Regardless, this discovery has undoubtedly put the heart, determination and warrior spirit of “The Black Beast” on full display.