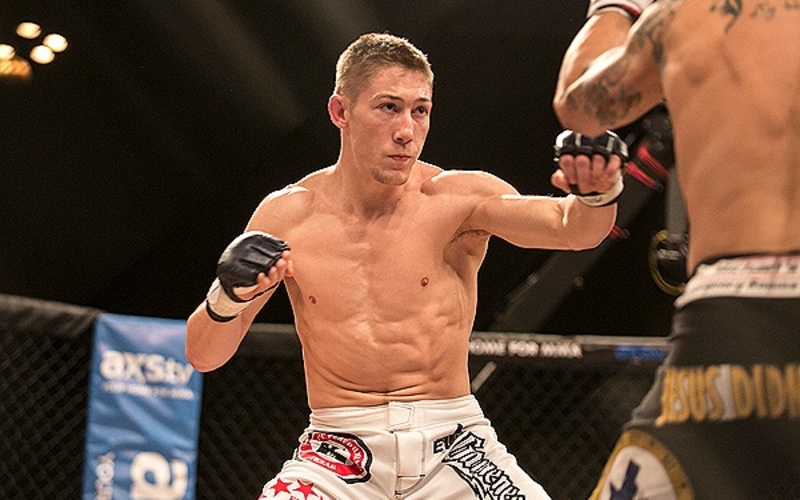 The Legacy Fighting Alliance is set for a home state showdown deep in the heart of Texas. In the main event of LFA 63, former welterweight champion Derrick “D-Rock” Krantz will face fellow Texan and Bellator veteran Justin “The Tactician” Patterson in fight that may very well determine the next contender for the 170 pound strap. Since losing the belt in a controversial split decision back at LFA 23, Krantz has rattled off a three-fight win streak including a split decision win over Kassius Kanye at LFA 42 in an attempt regain a shot at the title. Patterson comes into the bout on a two-fight win streak that includes a successful LFA debut against Ramiz Brahimaj at LFA 55.

Slotted for the co-main event is a bout between two unbeaten featherweight prospects, Jake Heffernan and Gabriel Silva. Both men will look to preserve their perfect record and Silva, the younger brother of UFC veteran and current Bellator fighter Erick Silva, will attempt to continue to add to his family’s already burgeoning martial arts legacy.

The card also features a women’s flyweight bout between up and coming prospect Hailey Cowan and Sarah Click. Cowan, a former two-time National Collegiate Acrobatics and Tumbling Association (NCATA) All-American at Baylor, looks to extend a two-fight win streak that has seen her finish both her opponents by way of knockout.

The main card will air live on AXS TV at 9pm EST/8pm CST.

Stay tuned right here at MMA Sucka for more live streams as well as videos highlighting the top fighters, commentators, coaches, promoters and other names in MMA and combat sports. We also bring you great offers on the latest MMA products and merchandise. You can also subscribe to our YouTube channel for regular updates and all the latest fight news. You can also check out our sister site, at TheFightBuzz.com for the latest from the world of MMA and other combat sports.
Comment on this article
Give us feedback