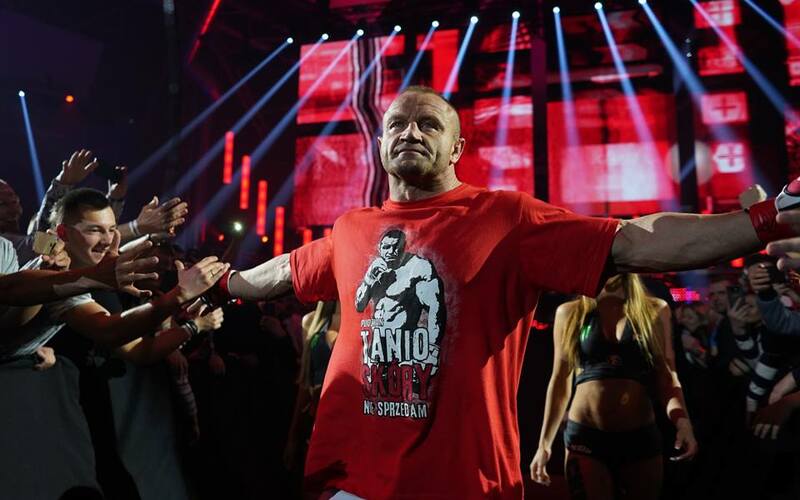 This past weekend, KSW pulled off yet another successful event with KSW 47: The X-Warriors. Europe’s top organization delivered on all fronts with all nine fights delivering quality entertainment. Though there were no submission finishes, there were highlight reel knockouts and several closely contested decision battles. If you’re in a hurry and looking for a quick live results article, click here to see the results.

In the opening bout of the night, Pawel Politylo put on an amazing performance earning a second round TKO stoppage. This bumped his professional record to 4-1. His lone loss came in his debut at KSW 40: Dublin to Antun Racic via split decision. After such a strong performance, look for Politylo to get a potentially huge matchup next time he enters the KSW cage.

The women of KSW put on a very close matchup as Polish star and Shark Top Team fighter, Karolina Owczarz, defeated Marta Chojnoska in a split decision battle. The two competitors split the first two rounds leading into a winner take all third round. Just as the first two rounds, the third was a battle, with the judges split when it came time to read the score cards. After a full year since her professional debut, Owczarz earned her second victory.

“The Polish Zombie” Marcin Wrzosek bounced back with a decisive victory over Krzystof Klaczek. The Polish Zombie dropped a decision in his last outing to Saladhine Parnasse at KSW 46. Since his stint on The Ultimate Fighter, The Zombie is 4-2 in KSW.

Knockout of the Night

Polish Olympic Greco-Roman medalist Damian Janikowski took to the KSW cage looking to rebound after his loss to Michal Materla in the four-man middleweight title tournament.

He would have a very tough test in front of him with dangerous striker Aleksandar Ilic. The main question going into the matchup was, can Janikowski control his aggressive, rush-in style? It cost him in the Materla battle and the concern was again brought up prior to the bout with Ilic. In the first round Janikowski landed a couple huge belly to back slams, eventually Janikowski took both of the first two rounds. Needing a finish, Ilic threw a question mark kick and completely knocked Janikowski out.

A Pair of Main Card Decisions

The highly anticipated debut of Judo gold medalist, Satoshi Ishii, did not disappoint. He earned a split decision victory over the much larger Fernando Rodrigues Jr. Ishii actually caught Rodrigues with a big shot late in the second round that dropped the bigger fighter. Ishii pounced on top but was unable to finish.

After an extremely close contest, Ishii took home the victory and got his KSW run off to a good start. This heavyweight division is full of potential options for Ishii.

The feud between former champion Borys Mankowski and Northern Ireland’s Norman Parke came to a head in their three round battle. Riding a 5-1-1 record, Parke was more confident than ever that he could take down the former champion.

When the judges’ cards were read, the crowd was not happy to hear Parke took the decision. Even the English-speaking commentary seemed to have given the decision to Mankowski. It was evident Parke took the third round with his damaging ground and pound elbows to end the round. Do not look for this feud to be over just yet.

In what was billed as MMA’s world’s strongest fight ever, Olympic gold medal weight lifter Szymon Kolecki took on former World’s Strongest Man winner Mariusz Pudzianowski. With less than one minute to go in the first round, Kolecki executed a double leg takedown which resulted in an instant tap by Pudzianowski. It appeared “Pudz” suffered some sort of leg injury.

Heavyweight champion Phil De Fries put his gold on the line against the light heavyweight champion Tomasz Narkun. Narkun had defeated legend Mamed Khalidov twice in a row and was ready to earn double champ status to cement his KSW legacy.

De Fries was up for the task and utilized his size to keep pressure on Narkun. Several times throughout the contest De Fries landed big shots that dropped Narkun, but the finish could never be pulled off. Narkun had a close finish in the second round locking in a guillotine choke but De Fries was able to ride out the clock. From the third round on De Fries continued to stick to his game plan and pulled out the unanimous decision victory.