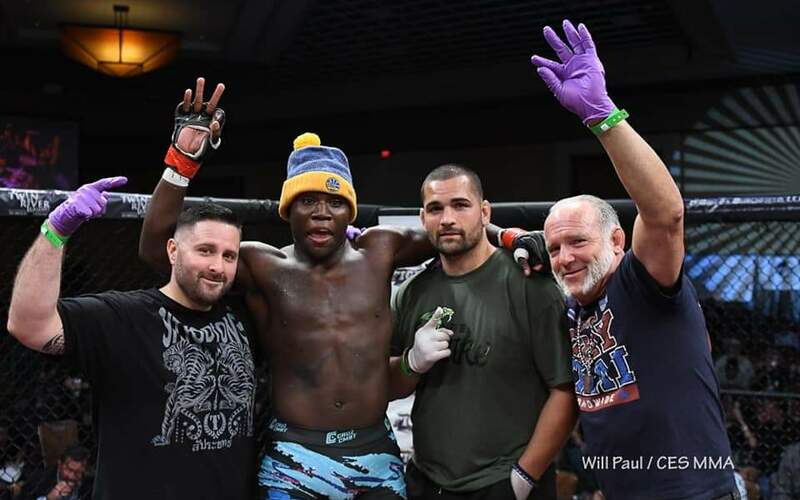 Another young New England prospect fights under the ZUFFA banner. The undefeated Fabio Cherant competes on the third season of Dana Whites Tuesday Night Contender Series. The Massachusetts fighter announced the news via social media. Cherant is now the second New England fighter in recent months to get an opportunity with the North American promotion. Randy Costa being the other.

Cherant holds a different opportunity than his training partner Costa. The Lauzon MMA product, Costa, gets a shot at the big lights as he competes against Brandon Davis at the upcoming UFC 236. For Cherant, only an impressive showing grants him clearance onto the main UFC roster. Despite this difference, both young men are primed to burst on the scene with their debut performances.

The young fighter goes into his Dana White Tuesday Night Contender Series matchup undefeated at 4-0. Including his amateur career, Cherant has an overall record of 7-1. Each of his victories, amateur and professional, came by way of submission.

Most recently Cherant was scheduled to rematch Marquis Allen. In their first meeting, Allen fell by way of 1st round guillotine choke. It was the second consecutive guillotine stoppage for Cherant, while also his second pro victory. Unfortunately, Allen withdrew from the rematch scheduled for March 29ths CES 55.

In his most recent competition, Cherant completed a trilogy which began in the amateur ranks. At CES 53, Ron Marshall vs. Cherant III took place. The two battled competitively for a round before Cherant took control in the second and earned the submission stoppage. Cherants victory gave him the career edge in the trilogy at 2-1. Marshall gave Cherant his lone loss, as he defeated the Massachusetts fighter in his amateur debut at Cage Titans 29.

As of now, an opponent is yet to be announced.