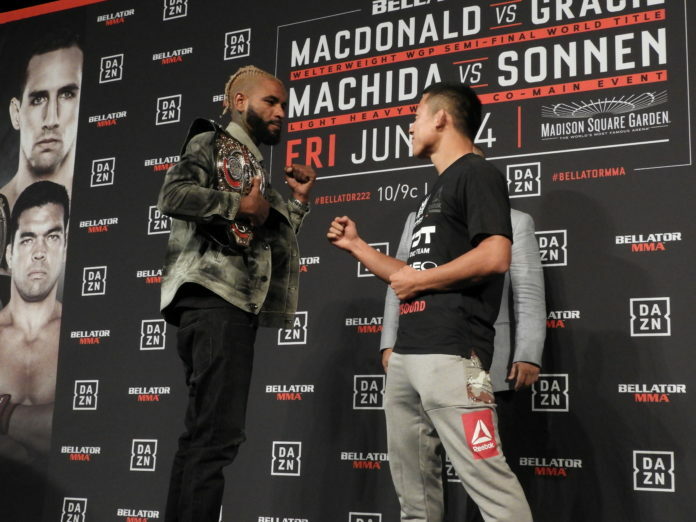 Just outside the world’s most famous arena, Madison Square Garden, Bellator held open workouts for Friday’s Bellator 222 show. Chael Sonnen, Darrion Caldwell, Lyoto Machida, Kyoji Horiguchi, and Neiman Gracie all took part in workouts. Rory MacDonald appeared but did not do a workout. He only did a short interview with Big John McCarthy. 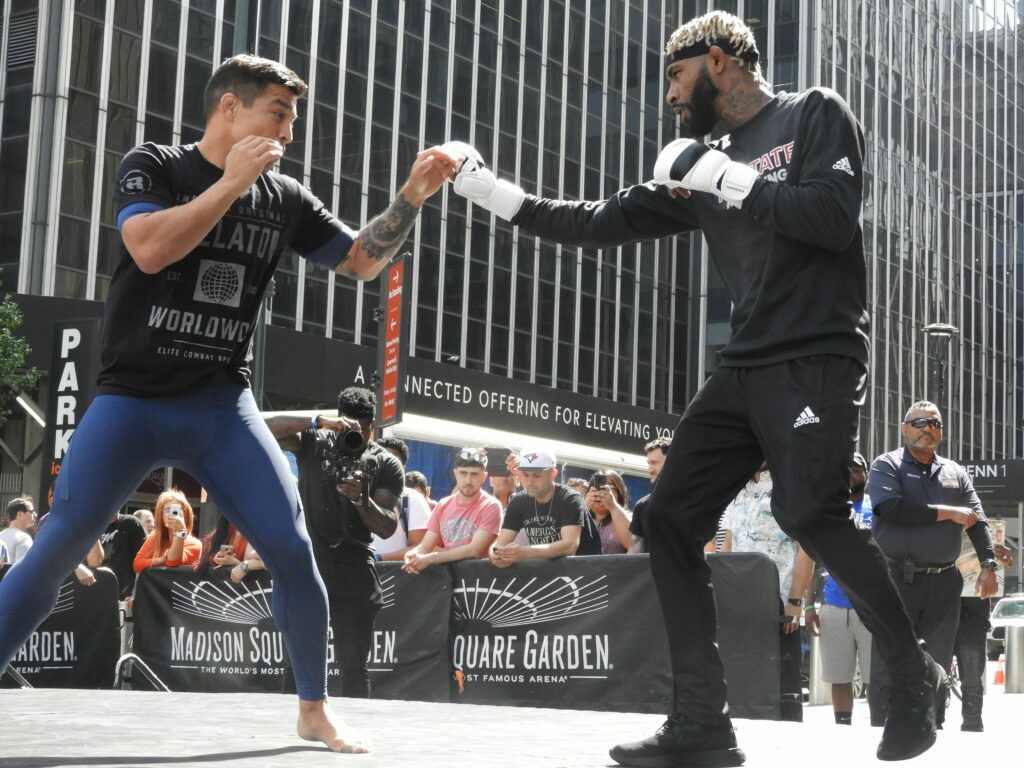 Darrion Caldwell is defending his bantamweight championship against RIZIN FF Bantamweight champion Kyoji Horiguchi. The two previously met at RIZIN 14 where Horiguchi submitted Caldwell with a guillotine choke in the fifth round to retain his championship. The two figthers showed off some light sparring. Caldwell, a NCAA wrestler, showed off his takedowns. After his workout Caldwell, said he is keeping his championship. “Ain’t no way I’m going to let this man take what’s mine,” he said. In a recent interview with MMASucka, he called this match “the biggest match of [his] career.”

RIZIN FF bantamweight Champion Kyoji Horiguchi now faces Darrion Caldwell for his belt. While from Japan, he trains at American Top Team under coach Mike Brown. He is on a 12-fight win streak and looks to get his 13th win. If he does win, he will defend the Bellator championship once a year. Horiguchi, a karate based fighter, showed off some fancy strikes.

Horiguchi also talked one-on-one with MMASucka. Topics included the upcoming fight, his teammate King Mo retiring, fighting in a cage again, and the influence of Mike Brown on his career success. 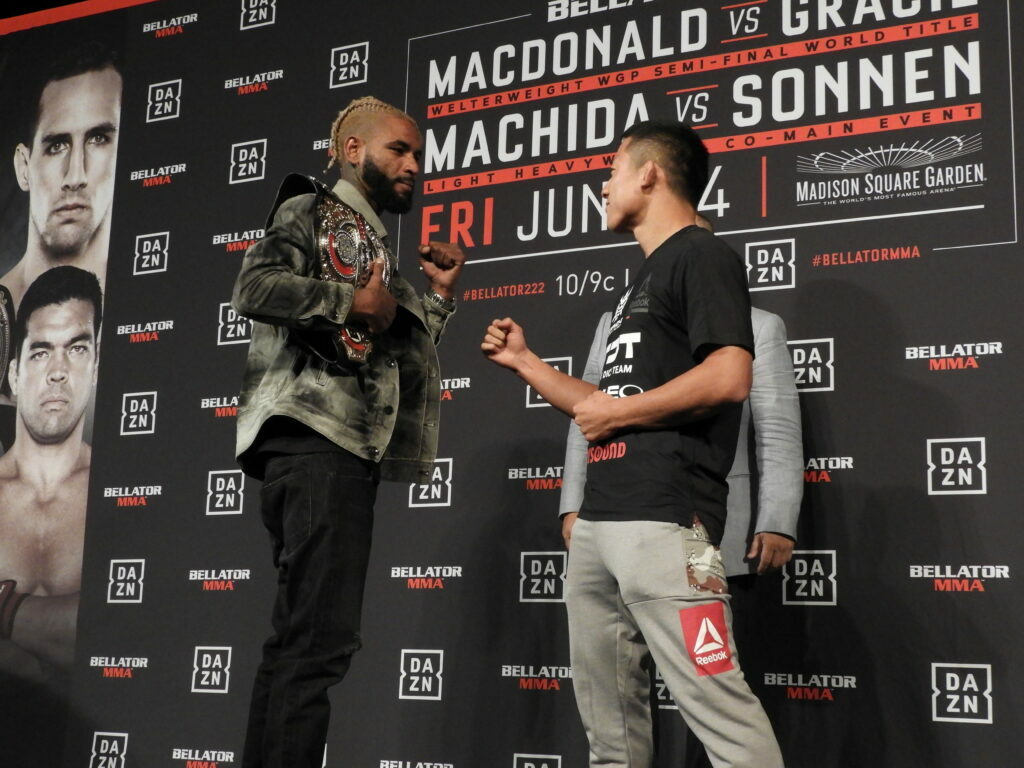 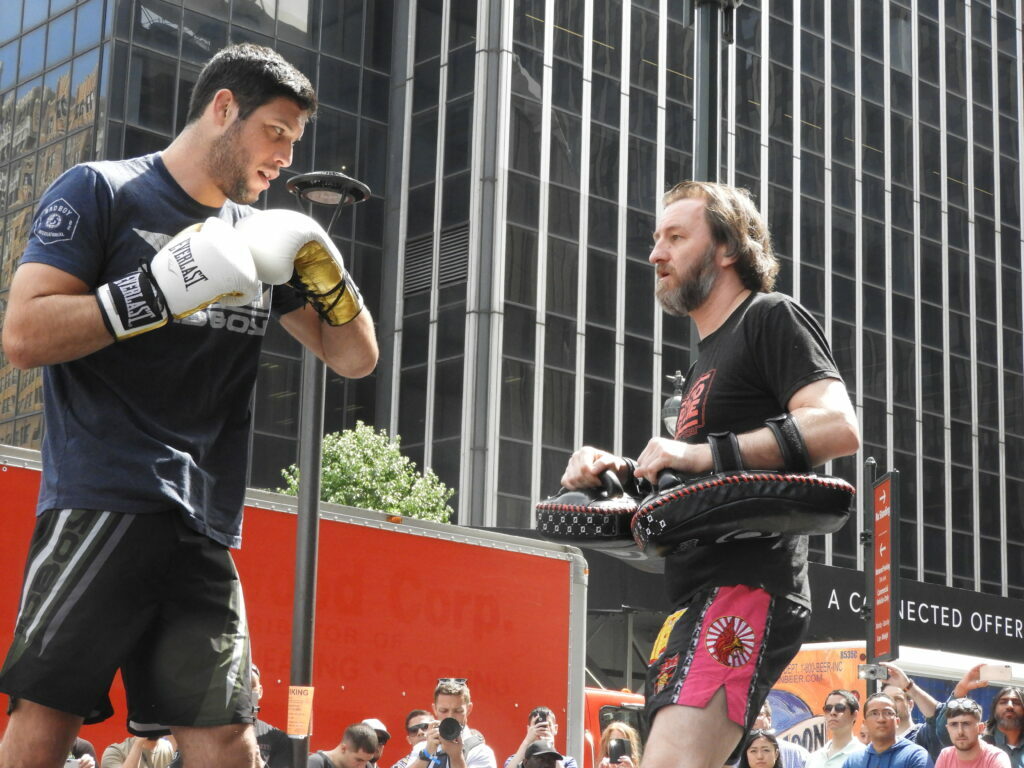 Renzo Gracie’s nephew, Neiman, looks to be the first Gracie since Royce to win a world championship in MMA. Gracie may only have nine fights but he has finished eight of them by submission. He submitted NCAA wrestler Ed Ruth to advance in the Welterweight Grand Prix.

Welterweight champion Rory MacDonald continued on to the semi-finals in a unique situation. He and opponent Jon Fitch went to a majority draw. As MacDonald was the champion, he advanced based on that factor. Much speculation has been raised about MacDonald’s fighting mindset and if he will retire. He made comments citing a lack of passion due to finding religion. Regardless of that, as of this writing his fight with Gracie is still on.

“The American Gangster” has never met a camera he didn’t like. When you interview the self proclaimed “People’s Champion,” you know you will get many interesting answers to questions. This time is no different. During this one-on-one interview, Sonnen talks about why he thinks light heavyweight champion Ryan Bader “sucks,” how he’ll easily beat Machida, the WWE/AEW rivalry, and why he hates NYC so much.

“The Dragon” will be having his second fight under the Bellator banner. A win over Sonnen would make him up for title contention against Ryan Bader, he previously knocked out in a UFC match. 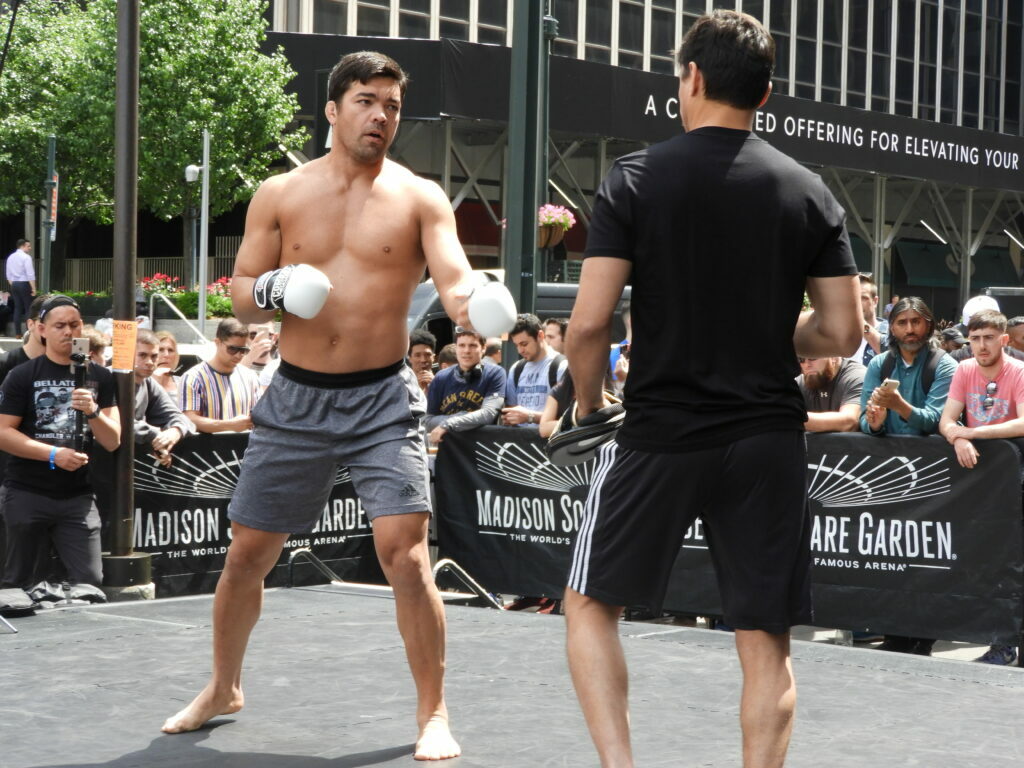