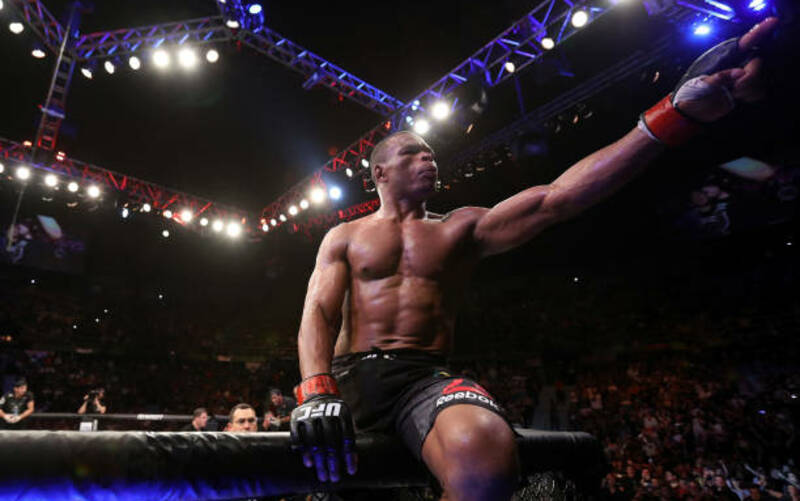 The UFC makes the trip to San Antonio, Texas this weekend with a solid card at the AT&T Center. This article is a UFC on ESPN 4 main card preview, where we will take a closer look at the six bouts on the main card. In the main event, former lightweight champion Rafael dos Anjos faces surging welterweight contender Leon Edwards. In the co-feature, heavyweights collide as 70-fight veteran Alexey Oleinik battles Walt Harris.

In the UFC on ESPN 4 main card opener, veteran heavyweights will collide once again. Andrei Arlovski rematches Ben Rothwell in a must-win bout for both men. In their first fight back in 2008 at Affliction 1, Arlovski defeated Rothwell via third-round knockout. Back then, Arlovski was the moderate favorite. However, 11 years later, Rothwell is now the moderate favorite as Arlovski has only won two of his last 11 contests. Most recently, Arlovski lost an uneventful split decision to Brazil’s Augusto Sakai. Rothwell, on the other hand, is coming off a close decision defeat to Blagoy Ivanov back in March. The fight against Ivanov was Rothwell’s first fight since 2016, after dealing with a USADA suspension.

In the battle of 40-year-old and 40-year-old heavyweights, expect a slow based fight – which traditionally happens at heavyweight and especially in Arlovski’s last few appearances. Will Rothwell get his revenge or will Arlovski makes it 2-0 over the Wisconsin native?

In a lightweight contest, Brazil’s Francisco Trinaldo faces America’s Alexander Hernandez. This is a rebooking of their arranged contest from UFC 233 – but that card was canceled. Trinaldo most recently knocked out fellow veteran Evan Dunham last September. The 40-year-old has won nine of his last 11 bouts, with losses coming to contenders James Vick and Kevin Lee. Meanwhile, Hernandez suffered a second-round knockout loss to Donald “Cowboy” Cerrone in his most recent outing back in January. The loss snapped an eight-fight win streak, which including wins over Beneil Dariush and Olivier Aubin-Mercier.

This is an exciting battle in the 155-pound division. Will Trinaldo’s wisdom and experience prove the difference or will Hernandez’s youth prevail to bounce back in style?

Coming onto the third bout on the UFC on ESPN 4 main card, which is James Vick vs. Daniel Hooker in a lightweight contest. Vick (13-3) is coming off a decision loss to Paul Felder in his last showing. The 6’3” lightweight is 9-3 in the UFC, with his losses coming to the aforementioned Paul Felder and Beneil Dariush, alongside top lightweight contender Justin Gaethje.

Meanwhile, Hooker is coming off a brutal beating to Edson Barboza in December. Prior to that, Hooker was riding a four-fight winning (and finishing) streak since moving back up to 155-pounds in 2017.

With both men coming off stoppage losses, both need a win to establish themselves as legit contenders in a stacked lightweight division. Will “The Texecutioner” score a home town victory in Texas, or will “The Hangman” slay Vick in hostile territory?

In an inexperienced heavyweight contest, disgraced former NFL footballer Greg Hardy looks to score his second UFC victory when he faces Juan Adams. Both men have been nicknamed “The Kraken” (Hardy whilst being in the NFL and Adams during his MMA career) in the past for good measure. Hardy made his MMA debut in 2018, and since had won four of his five contests. All of his victories have been via first-round KO/TKO. His only loss was a disqualification for an illegal knee against Allen Crowder in his UFC debut. Most recently, Hardy knocked out Dmitrii Smolyakov in just over two minutes back in April.

On the other hand, Adams is coming off his first set back during his MMA career, losing a back-and-forth decision to AKA heavyweight Arjan Bhullar. In his other UFC showing, Adams knocked out Chris de la Rocha in the third round last December. The Dana White’s Contender Series contract winner has finished all of his professional wins via knockout.

Both men have only won fights via knockout, so it is likely we see another one here. If it goes to the scorecards, we will all probably suffer. Who will score their second UFC win, Hardy or Adams?

A heavyweight bout is the co-feature on the UFC on ESPN 4 main card, as Russia’s Alexey Oleinik challenges America’s, Walt Harris. Oleinik is an MMA veteran dating back to 1996 – 23-years ago when he made his debut. “The Boa Constrictor” has finished an amazing 45 fights out of his 57 wins via submission. He is the first man in UFC history to win via Ezekiel choke – a submission he has done multiple times in his career. Most recently, Oleinik suffered a first-round knockout loss to fellow veteran Alistair Overeem. The 42-year old is still a threat in the heavyweight division.

Meanwhile, Harris is unbeaten in his last three contests. Most recently, “The Big Ticket” steamrolled previously undefeated Sergey Spivak in just 50-seconds at UFC Fight Night 151. The 36-year old is will be looking to correct his UFC record to become positive, as he is currently 6-6-0, 1 No Contest in his UFC career. Despite the age difference only being six-years between the two, Oleinik has had 50 more fights than Harris.

This matchup is a clear striker versus grappler matchup. Will the more experienced Oleinik shock the odds once again or will Harris get another first-round finish?

In the main event of the evening, it’s a crucial welterweight contender between Rafael dos Anjos and Leon Edwards. The former lightweight champion dos Anjos most recently snapped a two-fight losing streak last time out, when he submitted Kevin Lee in the fourth round just two months ago. Since moving up to welterweight in 2017, dos Anjos has only lost to the current champion Kamaru Usman and the former interim king and top contender Colby Covington. The 34-year-old has been in the UFC since 2008 and is still competing at the highest level of the sport.

His opponent, Leon Edwards, is a surging lightweight contender who has been calling for a big fight for a long time. The Englishman is on a seven-fight win streak and his only UFC losses are against Kamaru Usman and Claudio Silva – a split-decision defeat in his UFC debut back in 2014. In recent appearances, Edwards has bested Donald “Cowboy” Cerrone and Gunnar Nelson. He also holds a win over fellow Brazilian Vicente Luque.

In a must-win fight for title contention, one man will reign supreme. Will dos Anjos’ main event experience come into factor or will Edwards earn the biggest win of his MMA career?