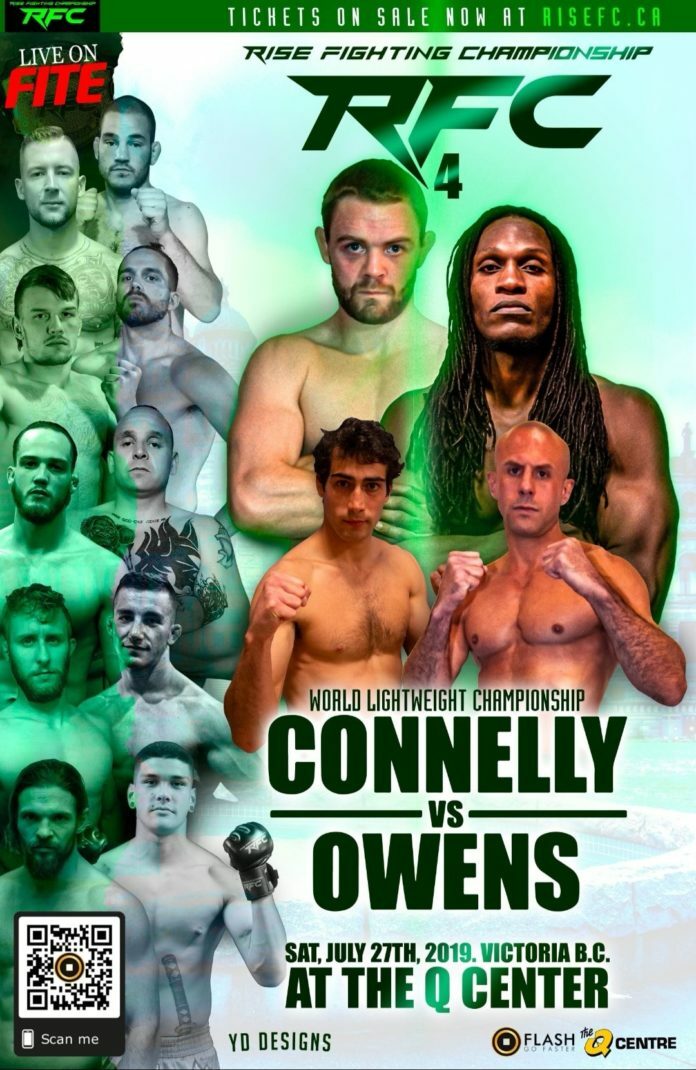 Saturday night will see Rise Fighting Championship bring exciting MMA action to Victoria, BC from the Q Centre. We will have full Rise FC 4 results for you all night long.

In total there are seven fights on the card, including two championship title fights. On top of that, there will be professional debuts from three fighters.

MMA fans will be treated to an exciting bantamweight contender fight between Jamie Siraj and Blake Sigvaldason. Followed by a welterweight championship fight between Saeid Mirzaei and Nicolae Cury in the evening’s co-main event. The night will be capped off with D’Juan Owens fighting Tristan Connelly in the main event for the RISE FC lightweight championship.

Follow along with MMA Sucka as we bring you live results as soon as they happen from Rise FC 4.