Brawl in the Burgh Results 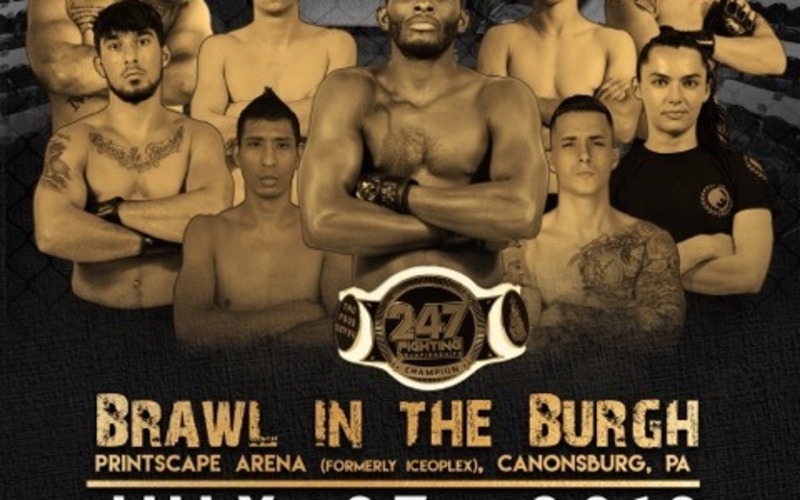 247 Fighting Championships are back with their second event. Brawl in the Burgh is set to go down tonight, live from the Printscape Arena in Canonsburg, Pennsylvania. Following a very successful inaugural event, 247 FC is looking to continue their success and rebuild the popularity of the Pittsburgh MMA scene. Tune in to MMASucka as we provide live results of the action.

Brawl in the Burgh Results

The card is headlined by a lightweight title fight between Khama Worthy and Adam Ward. Worthy won his lightweight title in the promotion’s first event against Joey Munoz. Training out of his own gym, The Academy, Worthy is looking for another big win as he tries to climb into one of the major MMA promotions. Ward, on the other hand, has already fought under the brightest lights. The former Bellator MMA and WSOF fighter is making the trip to Pittsburgh from Chicago as he tries to spoil Worthy’s homecoming.

Jonas Rubiano of Stout Training will be making his return in the other professional fight on the card. He will be taking on Danny Moldonado of Queens, New York in a fight that is sure to feature fun grappling exchanges. There was supposed to be a third pro fight, as Justin Patton was set to make his pro debut against fellow debutant Ali Rexhepi. Unfortunately, the fight was a late scratch from the card due to an injury sustained by Rexhepi.

The amateur portion of the card is again set up with a “Western Pennsylvania vs. the world” theme. Four different Pittsburgh gyms are being represented on the card, including Stout, The Mat Factory, Gorilla House Gym, and Armezzani. The PA fighters will be taking on fighters from Michigan, Western New York, Indiana, and Virginia. With eight total amateur bouts set to take place, three of them will be fought under a modified “advanced amateur” rule set.

Jonas Rubiano def. Danny Maldonado via submission (triangle choke) at 2:33 of Round 2
Khama Worthy (lightweight champion) def. Adam Ward via KO (punch) at 0:13 of Round 3