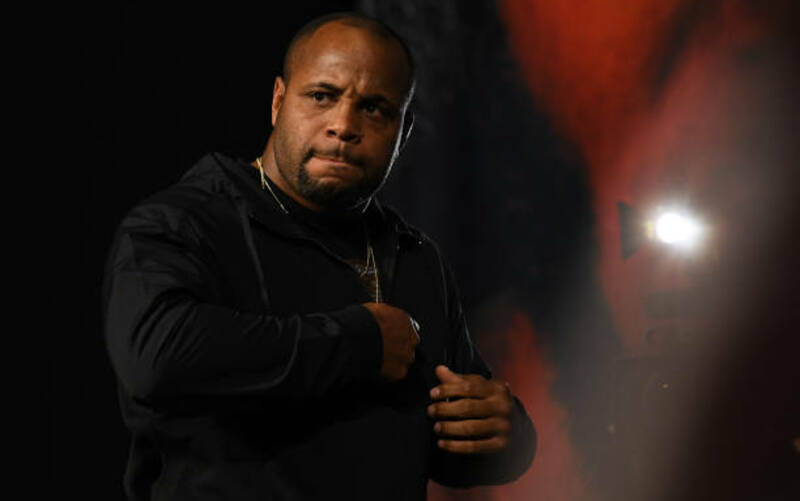 daniepThe UFC returns to Anaheim, California with a stacked Pay Per View card live from the Honda Center. In this article, we will preview the five contests on the UFC 241 main card in greater detail. In the main event of the evening, the heavyweight championship is on the line as current heavyweight champion Daniel Cormier rematches Stipe Miocic. The co-main event is a welterweight battle between former lightweight champion Anthony Pettis faces former lightweight title challenger Nate Diaz – a fan favorite who will be making his return to the Octagon for the first time in three years. Additionally, Yoel Romero also makes his return, when he faces undefeated Brazilian contender Paulo Costa. Here is our UFC 241 main card preview.

In the UFC 241 main card opener, middleweight contender Derek Brunson faces Dana White’s Contender Series prospect Ian Heinisch. Brunson (19-7), scored his first win in 18 months earlier this year against Elias Theodorou via unanimous decision in the Canadian’s last fight before his UFC release. His prior consecutive losses, however, were to current interim champion Israel Adesanya and former StrikeForce champion Ronaldo “Jacare” Souza – both in 2018, both via knockout in the first round. The 35-year-old has a UFC record of 10-5 inside the Octagon and has only lost to either top contenders or former/current UFC champions.

Heinisch (13-1) has won his last five contests, two of which being inside the UFC Octagon. So far in his UFC career, Heinisch has defeated back-to-back Brazilians in Cezar Ferreira and Antonio Carlos Junior with both coming via unanimous decision. The 31-year-old is a former LFA middleweight champion with his only loss coming to fellow UFC fighter Markus Perez back in September of 2017. The Factory X product has finished four of his last six victories, three of which being in the first round.

I like this matchup, as on the one side you have a 15-time UFC veteran who has fought some of the best in the world, versus a UFC prospect who is looking to make the jump from prospect to contender. Will Brunson’s experience become too much for Heinisch or will Heinisch pass a big test in a long-time contender within the middleweight division?

Looking to continue Nigeria’s rise in the UFC on the UFC 241 main card, Sodiq Yusuff battles Mexico’s, Gabriel Benitez. Yusuff (9-1) is a Dana White’s Contender Series product who has won his first two bouts in the UFC. Most recently, Yusuff outpointed Sheymon Moraes at UFC on ESPN 2 via unanimous decision. The 26-year-old has finished five of his nine wins via knockout, which includes his UFC debut victory over Suman Mokhtarian last December. Yusuff trains out of Team Floyd Irvin alongside UFC lightweight James Vick.

Benitez (21-6) is also coming off back-to-back wins. In his last outing, Benitez only needed 39 seconds to knockout Humberto Bandenay 13-months ago. “Moggly” trains out of American Kickboxing Academy alongside UFC 241 main-eventer Daniel Cormier. Since joining the UFC in 2014, Benitez has gone 5-2 in the Octagon, only losing to Team Alpha Male’s Andre Fili and now current training partner Enrique Barzola. The 31-year-old has finished 18 of his 21 wins, seven via (T)KO and 11 via submission.

Another solid matchup on the main card, with both men getting the PPV main card exposure for the first time in their careers. Who will get the biggest win of their career, Yusuff or Benitez?

In a middleweight bout with title implications on the line, Yoel Romero makes his Octagon return, when he faces undefeated knockout artist Paulo Costa. Romero (13-3) last competed in the UFC 14-months ago, when he lost a split decision to Robert Whittaker – the current UFC middleweight champion. It was supposed to be for Whittaker’s middleweight title, however, Romero missed the non-title fight middleweight weight limit, so the fight was just the main event. Romero has fought and beaten former champions at 185-pounds, including Luke Rockhold, Chris Weidman, and Lyoto Machida – Romero defeated all three via knockout in the third round. The only man Romero’s failed to beat in the UFC is the champion, Whittaker.

Costa (12-0) is also making his Octagon return after a year away. After a brief USADA suspension of six months for IV use. He last fought at UFC 226, when he knocked out Uriah Hall in the second round. Costa is 4-0 in the UFC, with his other marquee win coming against former welterweight champion Johny Hendricks. The Brazilian is a former Jungle Fight champion. Costa has finished all 12 of his wins, with all but one of those stoppages coming via (T)KO.

This is a very interesting matchup. Romero turned 42-years-old a few months ago and has already fought for the middleweight title. Meanwhile, Costa is only 28-years-old and is facing the biggest test in his six-year MMA career. Will Romero prove that Costa isn’t ready for top contenders yet or will Costa maintain his 100% win rate?

After a spectacular knockout over Stephen Thompson, Anthony Pettis was due another big fight at 170-pounds. He got just that, as he takes on Nate Diaz, his first fight in three years and his first fight since the Conor McGregor rematch in August of 2016. Pettis (22-8) moved up to 170-pounds for the fight against Thompson after a lengthy career at 155-pounds and even a short stint at 145-pounds. After going 2-2 in his most recent lightweight fights, Pettis made his welterweight debut against the aforementioned Thompson. As a big underdog, Pettis knocked out Thompson with a superman punch in the closing seconds in the second round and entered the top 10 rankings at 170-pounds.

Enter Nate Diaz. The 34-year-old returns since losing a majority decision to McGregor at UFC 202. However, the win over McGregor the first time five months prior made Diaz a popular name and numerous people were wondering who would Diaz face next, or would he even return at all? After years of fights falling through / Diaz not being interested in offers, he accepted the fight with Pettis. Diaz has been competing since 2004 and has been in the UFC since 2007. His UFC record 14-9, and has fought several names throughout the sport, including Benson Henderson for the lightweight title.  Now, Diaz finally returns and his bout with Pettis is one of the most anticipated on the card.

Whatever happens in the co-main event, I can’t imagine a scenario where this fight isn’t entertaining. Will Pettis score back-to-back wins at 170-pounds, or will Diaz score a big win in his UFC return?

In the main event of UFC 241, Daniel Cormier rematches Stipe Miocic with the heavyweight championship on the line. They fought last July at UFC 226 when Cormier defeated Miocic via first-round KO to win the heavyweight title. Since the contest, Cormier did fight once, against Derrick Lewis on short notice at Madison Square Garden. Cormier submitted Lewis with a rear-naked choke in the second round to defend his title. Meanwhile, Miocic has been calling for the rematch for over a year. He also hasn’t fought since the knockout loss 13-months ago. Before losing to Cormier, Miocic defended his heavyweight title three times and didn’t taste defeat for over three years. He was the first man to defeat Francis Ngannou. Miocic almost redeemed one of his losses, knocking out Junior dos Santos in the first round.

With Cormier coming to the end of his career, every fight we see him in maybe his last. Meanwhile, Miocic is hungry to reclaim the title and redeem another loss on his record. Will Cormier knockout Miocic again, or will Miocic get his revenge?