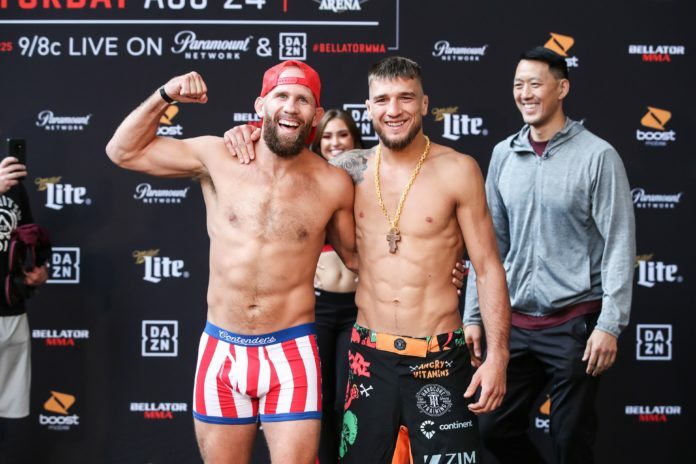 Bellator returns to the state of Connecticut for Bellator 225. We will have Bellator 225 results for you all night long. MMA fans will be treated to 14 fights on the card including a heavyweight action between Matt Mitrione and Sergei Kharitonov, as well as Vitaly Minakov and Timothy Johnson. Other notable fights on the card include Bellator’s longest-tenured fighter David Rickels clashing with Yaroslav Amosov, Nick Newell throwing down with Corey Browning, and Alejandra Lara taking on Taylor Turner.

Heavyweight sluggers Mitrione and Kharitonov once again go toe to toe. This fight is a rematch after Kharitonov suffered a low blow and was unable to continue in the first contest. Now six months later the duo looks to see who can come out on top. At stake is most likely the next slot for a heavyweight title shot.

In the co-main event, former Bellator heavyweight champion Minakov looks to rebound from the first loss of his professional career against late replacement Johnson. Minakov (21-1) was originally slated to face Javy Ayala, but Ayala was pulled from the card at the advice of the Connecticut Boxing Commission. For Johnson, this is his second rescheduling for the card.

Follow along with MMASucka.com as we provide you with the results throughout Bellator 225.