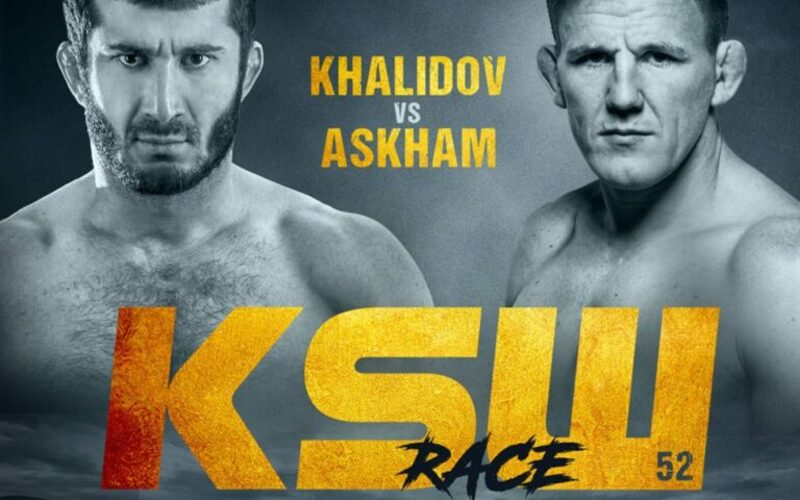 KSW legend Mamed Khalidov has called off his retirement and is set to headline KSW 52: Askham vs Khalidov against current KSW middleweight champion Scott Askham. Khalidov has been apart of the organization since KSW 7 in June 2007. Khalidov was kind enough to give a few words (through his manager/translator) to MMA Sucka.

The Need to Compete

Mamed Khalidov stated he really missed competing, plain and simple. Such a high class competitor is always seeking a challenge, a new mountain to climb. All that was needed was some time to recover and enjoy time with his family. For well over the past decade, any major event had Khalidov headlining. At KSW 11 Khalidov won the initial KSW light heavyweight title. Seeking to earn gold in a different weight class, Khalidov dropped to middleweight and defeated Michal Materla for the middleweight title at KSW 33. After moving up in weight to battle current KSW light heavyweight champion, Tomaz Narkun, Khalidov is moving back to his natural weight class.

“I didn’t really put on much weight,” Khalidov told MMA Sucka. “I fought at about 90kg (about 198lbs) but middleweight is the best category and I feel great at this weight.” He also stated he’s excited for the comeback, which has been a matchup die-hard KSW fans have wanted to see the second Scott Askham was signed to the organization.

As previously stated, Khalidov is a competitor and did not have anymore mountains to climb per se. Scott Askham is a very dangerous opponent and very easily could give Khalidov his toughest test to date at middleweight. A division dominated by Khalidov for the past decade throughout Europe, could face a roadblock from fellow European Askham. “Scott is a great guy. He is humble and respectful. He’s a very tough fighter and I look for this to be an old school fight,” Khalidov stated. “Scott doesn’t go backwards and fights until the last second. I guarantee fans will like this. I’m ready to stand up or go to the ground with him.”