The lastest feature on MMASucka’s Cannabis Chronicles is UFC legend Houston Alexander. In his 16 year professional MMA career, Alexander has fought huge names such as Keith Jardine, Alessio Sakara, James Irvin, Kimbo Slice, Joey Beltran, Razak Al-Hassan, and Jan Blachowicz. Alexander finished his career with a 17-16-1-2 record with 12 of his 17 wins being by knockout or TKO. Now in 2019 he has become a personal trainer, a radio personality and a motivational speaker. Alexander came from the same UFC time period as formally featured Chuck Liddell, so it’s interesting to see the differences and similarities in their cannabis opinions.

Is Houston Alexander For Or Against Cannabis In MMA?

We started by asking Alexander is he ever used cannabis during his MMA career and what his overall thoughts were on fighters that do use cannabis. Alexander said, ” I don’t smoke weed. If the doctors are using it medically to help ease pain, then I’m all for it. I’ve never drank or smoked while in camp, so i cant comment on weather its good or bad for you. I also don’t know enough about CBD to comment.”

PED Use in MMA

Alexander then told us that he would like to comment on PED violations. Stating, “I am a big advocate of a clean sport! USADA needs to be stricter on offenders. Its not fair for those who work their asses off!” He also mentioned that PED use is where you can determine weather a fighter is a professional or not. He said, “Rules are rules, as a professional athlete you have to follow them. I’m sure you can set aside your personal from professional if needed. We are all grown ass men and women!”

What Does Houston Alexander Feel PED Punishments Should Be?

Since we got a good understanding of how Alexander felt about fighters who use PEDs, we decided to ask him, if he ran USADA what would the suspensions be for PED violators? He responded by saying, “Shit, first time? 3 year suspension. Second time you should be banned from the sport.” Alexander has zero tolerance for people who cheat. 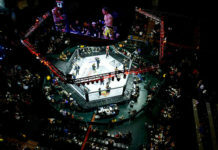 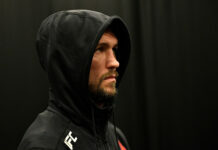 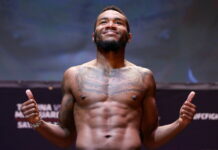