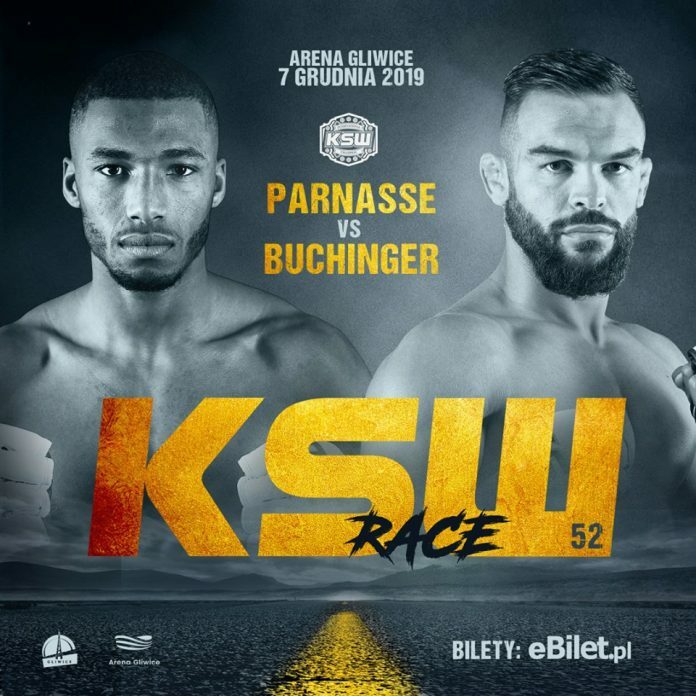 KSW 52: Askham vs Khalidov is approaching with the massive event set for Saturday December 07, 2019. The event will take place in Gliwice, Poland inside Arena Gliwice. Friend of MMA Sucka, Salahdine Parnasse, is set to make his first title defense on the card. The event can be seen worldwide on KSWtv.

Beginning of the Salahdine Parnasse Dynasty

Current interim featherweight champion Parnasse (13-0-1) will make the first defense against seasoned veteran Ivan Buchinger (36-6) who is making his KSW debut. Since his infamous knockout by Conor McGregor in Cage Warriors, Buchinger has ripped off a 15-2 run.

Salahdine Parnasse is currently 4-0 in KSW with victories over several former champions. The 21 year old phenom prospect knocked out Roman Szymanski at KSW 48 in April 2019 via second round TKO. The dangerous French striker is ready to get back into the cage quickly. “I feel good and in shape,” Parnasse told MMA Sucka. “I am ready to defend this belt and I will give everything to keep it.” Parnasse also stated he was in a hurry to get back into action.

Buchinger is not a fighter to be overlooked. Fans cannot help but think about the future matchup to unify the belts should Parnasse remain undefeated. The stage would be set for the double champion Mateusz Gamrot (15-0) to meet the undefeated Parnasse in a potential fight of the year candidate in 2020. Gamrot recently competed in the 2019 ADCC Championships in September 2019. Hopefully he will return to the cage in the beginning of 2020. The question could be though will Gamrot challenge Parnasse or the current lightweight interim champion, “Stormin'” Norman Parke (28-6-1) when he is ready to return to the KSW cage.