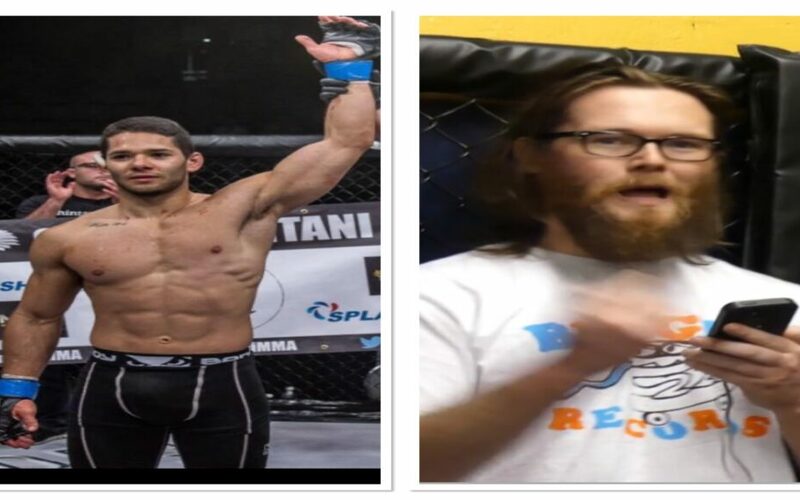 Craig Shintani finds himself in a title fight with Corey Gower at Havoc FC 14 in Red Deer, AB. The fight for the vacant lightweight title goes on Friday, November 22nd. MMA action is popping up throughout Ontario lately, Quebec has historically had a rich history with the sport, but nowadays Alberta is the most fruitful in the Canadian MMA sphere. Shintani vs Gower is one of many fun fights slated to be broadcast on FITE TV.

Initially, Shintani was supposed to take on Curtis Demarce for the HFC hardware. A scheduling conflict took him out of the bout and eventually Corey Gower would step up. Shintani said, “It’s quite a different game plan change I would say. Thankfully Curtis pulled out quite early on. I’ve pretty much had a full fight camp to work on the southpaw stance.”

Despite the big heads up from Demarce, it was not a seamless process to find a replacement for Demarce. 21 opponents said no to fighting Shintani after Demarce dropped out. This helped compound the respect Shintani already had for Gower.

He stated, “You can’t help but appreciate somebody saying yes after so many people said no. I understand that everybody has their own agenda for when they want to fight. The thing I respect about a lot of these veterans… there’s a handful of guys out there that are stepping up no matter what.”

It’s a chore to get certain guys in the cage with Shintani. There was even an instance where Shintani had an opponent pull out on him mere minutes before their fight. Clay Dixon pulled out of the bout with his wraps and gloves on; shortly leaving the arena and confusing all involved.

Shintani stated, “There was a lot of emotions as that happened. He made a bunch of accusations about me taking steroids. I think people that take steroids in MMA should be charged with manslaughter because that’s incredibly dangerous. He said a bunch of stuff. It was weird because it was my first time being involved in trash talk. Then we got the heads up about two minutes before our walk out.”

Shintani has fought and thrived at both lightweight as well as at featherweight. The odd Clay Dixon situation netted him the Unified MMA featherweight belt. Shintani can do 145 and 155 but it’s predicated on getting the proper amount of notice for a 145 cut. If he gets the ideal outcome here and collects a belt at 155lbs, he’ll have multiple belts in multiple divisions which means many options across many promotions.

To that point, Shintani has been all over the Canadian MMA circuit. This makes it hard to figure out what his next step is going to be but there’s excitement in the uncertainty.

Shintani stated, “I’m happy to fight for any of the promotions. I want to stay active. I love fighting. I’d do it every weekend if I could. I have been fighting kind of one fight contracts so I’m not locked into anything. So I’d love to defend these belts. I’d love to fight for new ones. I’m focused totally on Corey then after that, lots of options”

Craig Shintani continued, “For me, it’s just taking that next step up. I’m open to any major promotion. It was always the goal to fight for the UFC growing up but there’s so many great options now. There’s nothing wrong with fighting locally. There’s great talent here. For me just as a competitor, I want to fight the best guys I can.”

Syndicate, The Pit, and Rampage Chains in Grade 12

Shintani has dabbled in cross-training in the past and looks to maintain some semblance of that. For this camp though, there were a few factors that lent itself to some quality preparation on a more localized level centric to Red Deer and Calgary.

Shintani quipped, “I went to Syndicate. I was actually just there for one camp. The last two camps I’ve gone to The Pit in Salt Lake City. I went twice this year. This camp I won’t be heading down there. Just trying to get some views from around the province. My amazing wife is now expecting so just staying in town is a bit easier.”

It has been a long path for the individual that once wore a Rampage chain on the first day of grade 12.

When giving the backstory on what happened there/ the reasoning behind it, Shintani explained “An undeveloped brain in high school. Like any young teenagers in Sherwood Park, there’s not too much of a threat. Which leads to limited brain activity. So I thought I could walk around with a chain that I assembled from a basketball net. Thankfully my brain did develop at a later age. But yeah that’s just being a goofy kid that probably could have used a punch in the face.”