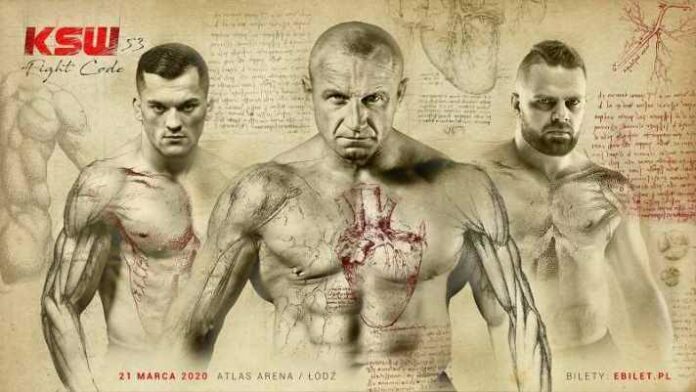 KSW is set to start its 2020 year with KSW 53 on March 21, 2020, in the Atlas Arena in Lutz, Poland. Some big names announced for the card include welterweight champion Roberto Soldic along with heavyweights Mariusz Pudzianowski and Karol Bedorf. The event can be seen in the United States on the DAZN app or through KSWTV. KSW has recently announced its first matchup which will pit dangerous striker Gracjan Szadzinski (8-3) against Bartlomiej Kopera.

Rematch Seven Years in the Making

The “Terminator” Gracjan Szadzinski will look to rebound after his KSW 48 unanimous decision loss to Marian Ziolkowski in April 2019. Szadzinski is a devastating striker with six of his eight wins coming via KO/TKO and five of those six in the first round. This will actually be a rematch as the two-faced off in March 2013. Seven years ago they competed at Arena Berserkerow 5 where Kopera took the split decision. This also served as Szadzinski’s first professional loss.

Kopera is 0-2 since signing with KSW and will be desperate to avoid a three-strike start with the organization. The last time Kopera ended a two-fight skid it was against Szadzinski. Kopera is dangerous on the ground with five of his last six victories coming by way of submission. This matchup could be your “striker vs grappler” matchup and however implement their gameplan better, will walk out the winner.